Russian Jets In 'Unsafe' Encounters With US Navy Destroyer: US Official 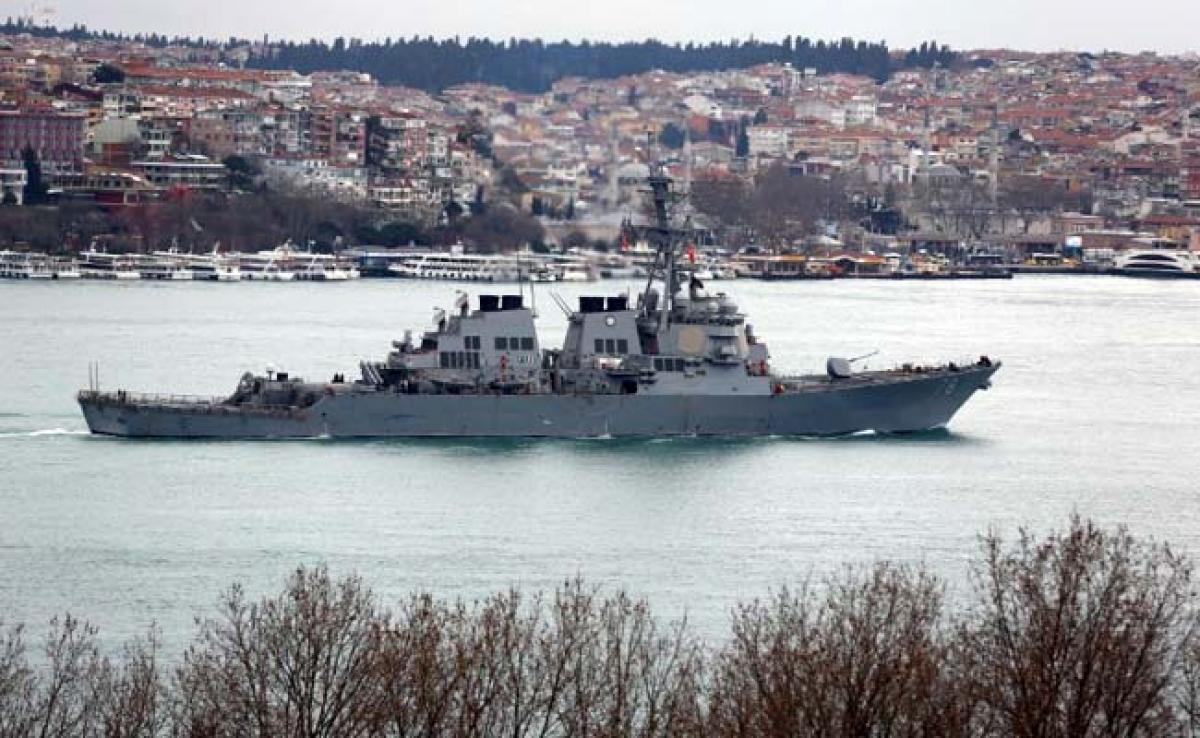 Multiple Russian military aircraft came close to a US Navy destroyer in the Black Sea on Feb. 10, incidents considered \"unsafe and unprofessional,\" a US official said on Tuesday.

Multiple Russian military aircraft came close to a US Navy destroyer in the Black Sea on Feb. 10, incidents considered "unsafe and unprofessional," a US official said on Tuesday.

The Russian Defense Ministry said no such incidents had occurred.

"There were no incidents of any kind on Feb. 10, related to flights by Russian military jets in the Black Sea near the U.S. Navy destroyer Porter," Russian news agencies cited a spokesman for the Russian Defense Ministry, Major-General Igor Konashenkov, as saying.

"USS Porter queried all aircraft and received no response," Hernandez said. "Such incidents are concerning because they can result in accident or miscalculation," he added.

The incidents involving the Su-24 were considered to be unsafe and unprofessional by the commanding officer of the Porter because of their high speed and low altitude, while the IL-38 flew at an unusually low altitude, Hernandez said.

Another U.S. official, speaking on condition of anonymity, said the lone Su-24 came within 200 yards (meters) of the Porter at an altitude of 300 feet (90 meters).

In April 2016 two Russian warplanes flew simulated attack passes near a U.S. guided missile destroyer in the Baltic Sea so close that they created wake in the water.