Thousands In US Plan Protest On President's Day: Reports 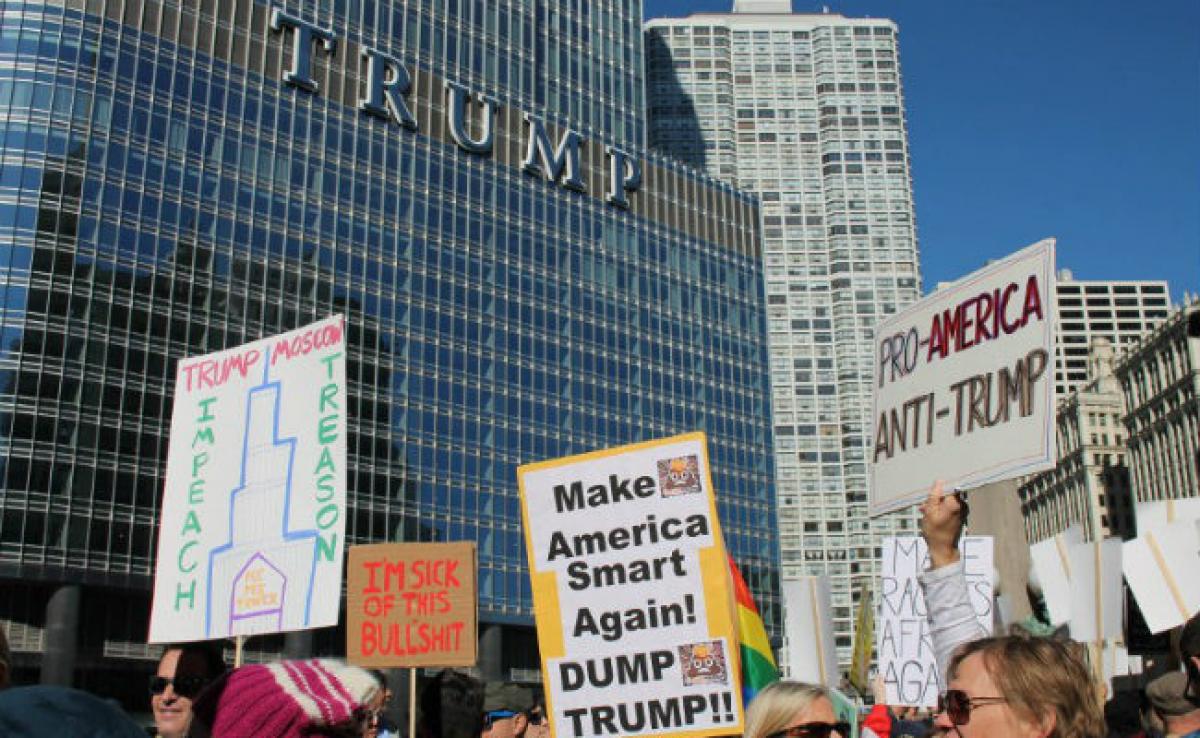 Thousands of people across the US are planning to protest on President\'s Day against President Donald Trump and his policies.

On Facebook, more than 12,000 New Yorkers said they would attend "Not My President's Day" on Monday while 47,000 have showed their interest in the event.

Another rally that is expected to take place on Monday in Chicago is claimed to be aimed at uniting the people.

"Focusing on just one issue, like immigration, would serve the administration's purpose and further divide the country," Laura Hartman, Chicago rally coordinator, was quoted as saying.

"We want to fight the entirety of the administration," she said.

The rally is expected to witness a gathering of around 3,000 people and members from the American Federation of Government Employees, Sousaphones Against Hate, and others are scheduled to speak at the event.

According to the report, Georgia organisers are planning a 'peach-ful' march in Atlanta that hundreds of demonstrators have signed up for on Facebook.

Nearly 1,000 protesters in Dallas took to streets on Saturday and chanted "Immigrants are welcome here" slogans.

"My parents are immigrants, they came here in the late 1980s, and I can't allow their memory of what they've done and I can't let their sacrifices be impugned by people wanting to scapegoat brown people and black people for all the problems US has," one protester was quoted as saying.

"We're not the problem, we're the solution," the protestor added.

The organiser of the protests, Eric Ramsey, said he hoped that the rallies would let the establishment know that people do not agree with its policies.

"We do not agree with the hateful policies they are putting into place that further marginalise these communities," Ramsey was quoted as saying.

Protesters also demanded "an immediate stop to the ICE raids and deportations," and pressed for Los Angeles to be established as a sanctuary city.

Dressed in black, hundreds of protesters in New York City's Washington Square attended a mock funeral for President's Day and listened as a eulogy was delivered for the US presidency.