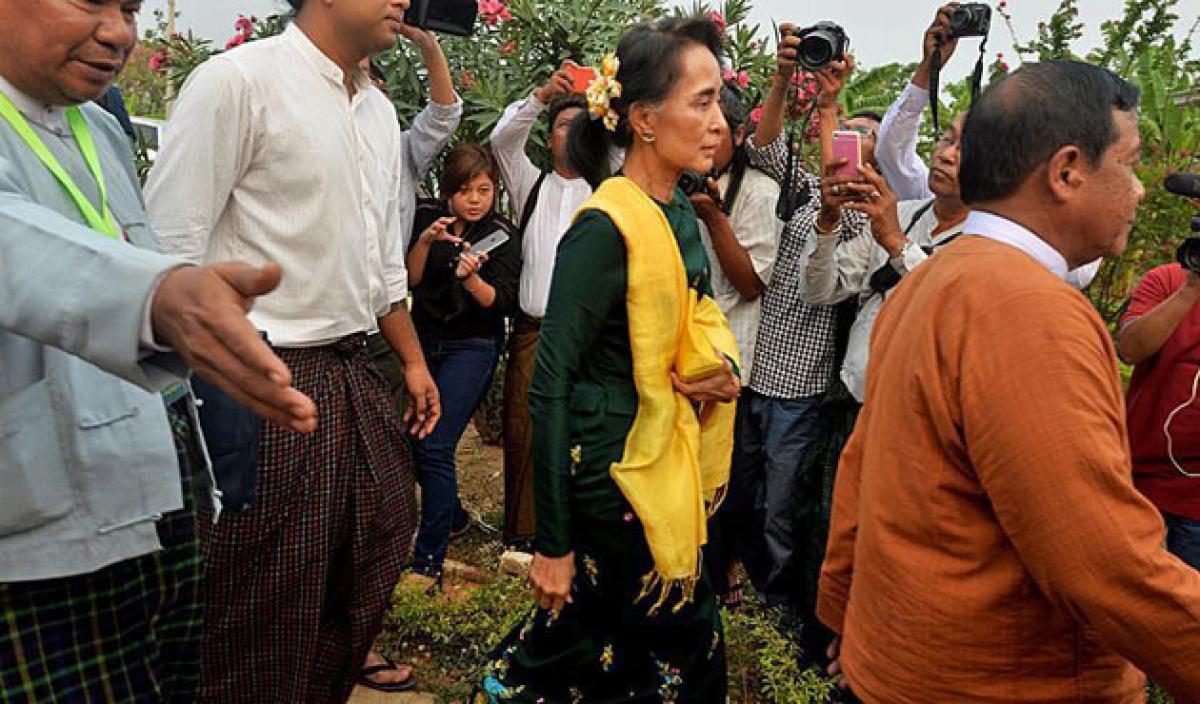 Thousands of people protested in eastern Myanmar on Sunday against plans to name a bridge after Aung San Suu Kyi\'s father, the latest flashpoint between her administration and the country\'s restless ethnic minorities.

Thousands of people protested in eastern Myanmar on Sunday against plans to name a bridge after Aung San Suu Kyi's father, the latest flashpoint between her administration and the country's restless ethnic minorities.

The issue highlights some of the deep distrust among Myanmar's patchwork of minorities towards the Bamar ethnic majority from which Suu Kyi and most of the political establishment hail.

Thousands hit the streets of eastern Mon State on Sunday, the biggest rally yet against plans to rename the local Thanlwin bridge spanning the wide Salween River.

Aung San was Suu Kyi's father, seen as the founder of post-colonial Myanmar who was assassinated before the country won its independence from Britain.

Many of those protesting on Sunday said locals felt their wishes to keep the old name were being ignored.

"The NLD is powerful in the parliament and nowadays they can do whatever proposal as they like," demonstrator Lin Htet, 34, told AFP.

"But for us and for all ethnic people, we value many things in our culture and they should listen what the local ethnics want."

Saw Kyaw Moe, who hails from the nearby Karen ethnic group, was part of a contingent of protesters who joined in support of the Mon. He said many minorities felt Suu Kyi's government was deaf to their wishes.

The fight over the bridge's name is seen as more than just a symbolic designation, but part of a larger fight for ethnic self-determination. Suu Kyi's father Aung San is regarded as a national hero, especially among the Bamar majority.

But many ethnic groups see him as a more controversial figure who failed to deliver on promises of greater autonomy and federalism for them.

For decades Myanmar's border regions have been plagued by insurgencies and civil wars against the Bamar-dominated military which is widely loathed by ethnic minorities.

Since winning a landslide election victory in late 2015 Suu Kyi has made it a flagship policy to find a lasting peace.

But those efforts have been hampered by some of the worst fighting in decades which has flared, particularly in the country's northeast.

Analysts say the still powerful military has little appetite for greater federalism or to end wars that justify its bloated budgets.

Mon state remains peaceful, but Suu Kyi's party faces a by-election over a single seat there next month in which the bridge has become a major issue.