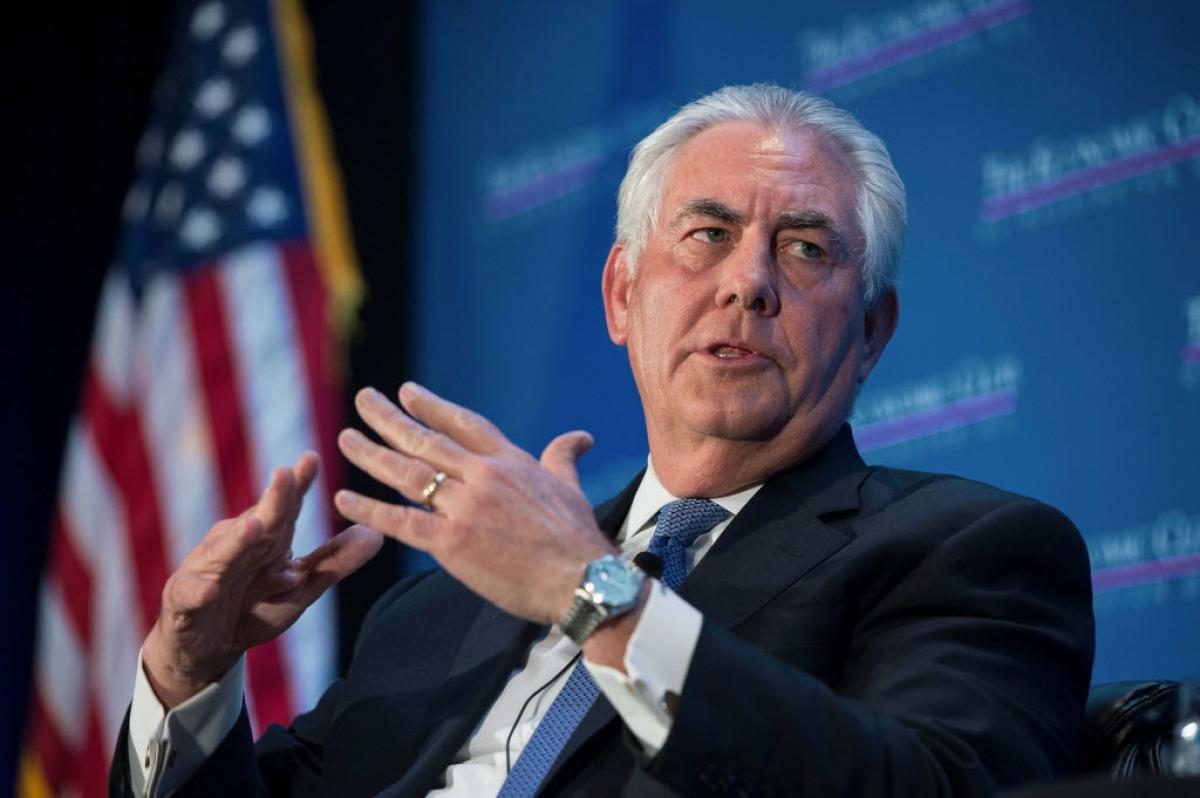 The United States is looking forward to the first meeting between President Donald Trump and his Chinese counterpart Xi Jinping, Secretary of State Rex Tillerson said Sunday, on the final day of a swing through Asia dominated by concerns over North Korea\'s nuclear and missile programs.

The United States is looking forward to the first meeting between President Donald Trump and his Chinese counterpart Xi Jinping, Secretary of State Rex Tillerson said Sunday, on the final day of a swing through Asia dominated by concerns over North Korea's nuclear and missile programs.

In talks with Xi in Beijing, Tillerson said Trump places a "very high value" on communications with the Chinese president. Trump looks forward to "the opportunity of a visit in the future," Tillerson said, in an apparent reference to unconfirmed reports of plans for the two leaders to meet in Florida next month.

While few details of his talks have been released, Tillerson appeared to strike a cordial tone during his meetings in Beijing, in a contrast to Trump's tough talk on Chinese economic competition during his presidential campaign.

Xi told Tillerson that China considered his meetings on Saturday with Foreign Ministry Wang Yi and top diplomat Yang Jiechi to have been productive and constructive.

"Both (Trump) and I believe that we need to make joint efforts to advance China-U.S. cooperation and we believe that we can make sure the relationship will move ahead in a constructive fashion in the new era," Xi said.

Tillerson's Beijing visit followed his remarks in South Korea on Friday that pre-emptive military action against North Korea might be necessary if the threat from its weapons program reaches a level "that we believe requires action."

China, the North's biggest source of diplomatic support and economic assistance, hasn't responded directly to those comments, although Beijing has called repeatedly for all sides to take steps to reduce tensions.

China has agreed reluctantly to U.N. Security Council resolutions sanctioning North Korea, but is adamantly opposed to measures that might bring about a collapse of North Korean leader Kim Jong Un's regime. Beijing fears Kim's fall would send waves of refugees into northeastern China and see South Korean and American forces taking up positions along its border.

Beijing's patience with Pyongyang appears to be growing thin, however. Last month, China potentially deprived Kim's regime of a crucial source of foreign currency by banning imports of North Korean coal for the rest of the year.