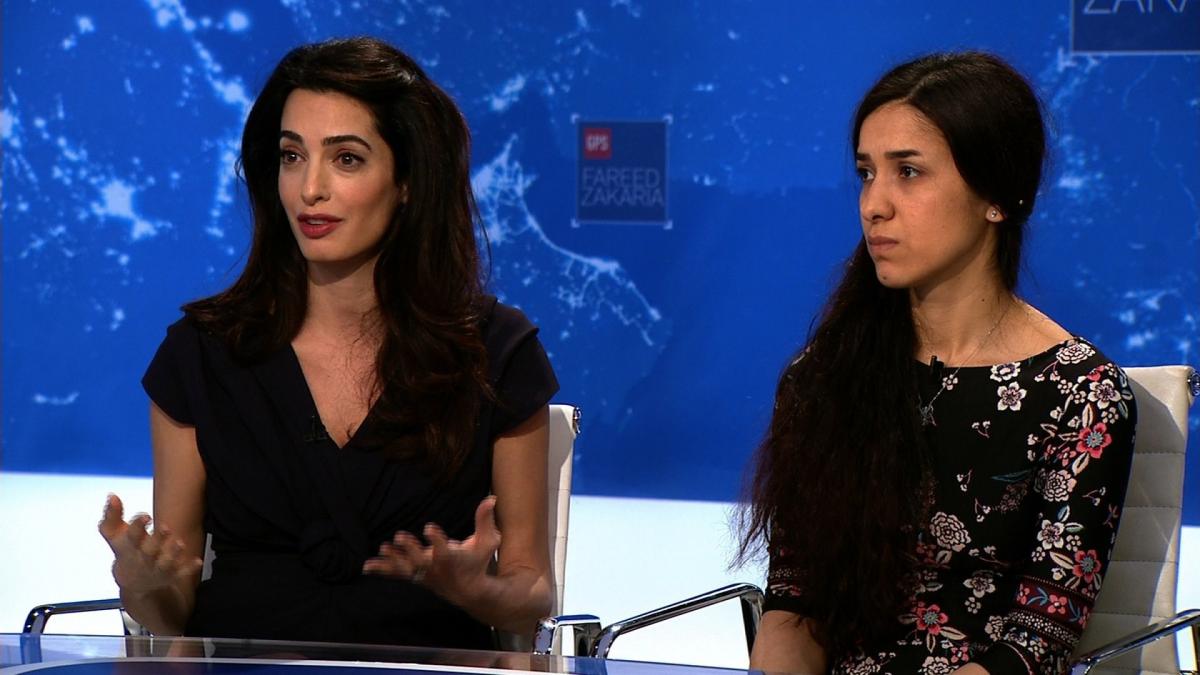 A Yazidi woman who was kidnapped and taken as a sex slave by the terror group IS has demanded investigation from the Iraqi government and the UN and asked for justice, a media report said.

A Yazidi woman who was kidnapped and taken as a sex slave by the terror group IS has demanded investigation from the Iraqi government and the UN and asked for justice, a media report said.

Nadia Murad, along with her counsel, international human rights lawyer Amal Clooney, described her ordeal in an interview to CNN's Fareed Zakaria on Sunday.

It began in 2014 after Islamic State militants arrived at her village in Sinjar, Kurdistan, she said.

"Nearly 6,500 women and children from the Yazidi were abducted and about 5,000 people from the community were killed during that day," Murad told Zakaria.

"For eight months, they separated us from our mothers and our sisters and our brothers, and some of them were killed and others disappeared," she said.

Murad's mother and six of her brothers and stepbrothers were executed. She, along with other unmarried women, was taken as a sex slave and passed around various IS militants, the CNN interview said.

At one point, she told the UN Security Council in 2015, as punishment for a failed escape attempt, she was gang raped until she passed out. All of this, she said, was considered legal under the IS rule -- which dictates that Yazidis, because they do not practice Islam, can be taken as slaves on religious grounds.

"They sold girls, girls that were underage, because IS considered that permissible under Islamic law," Murad said. "They came not just to attack certain people, but they came for all Yazidis."

The violence against the Yazidi community continues to this day, said Clooney, who represents Murad. More than 6,000 Yazidis are believed to remain in captivity, some of them from Murad's own family, Clooney said.

It's time, she said, to bring the IS to justice for committing some of "the worst crimes of our generation."

"We know that there's a military campaign going on where the IS is being taken on on the battlefield. What we want is to see IS members also in a courtroom," Clooney told CNN.