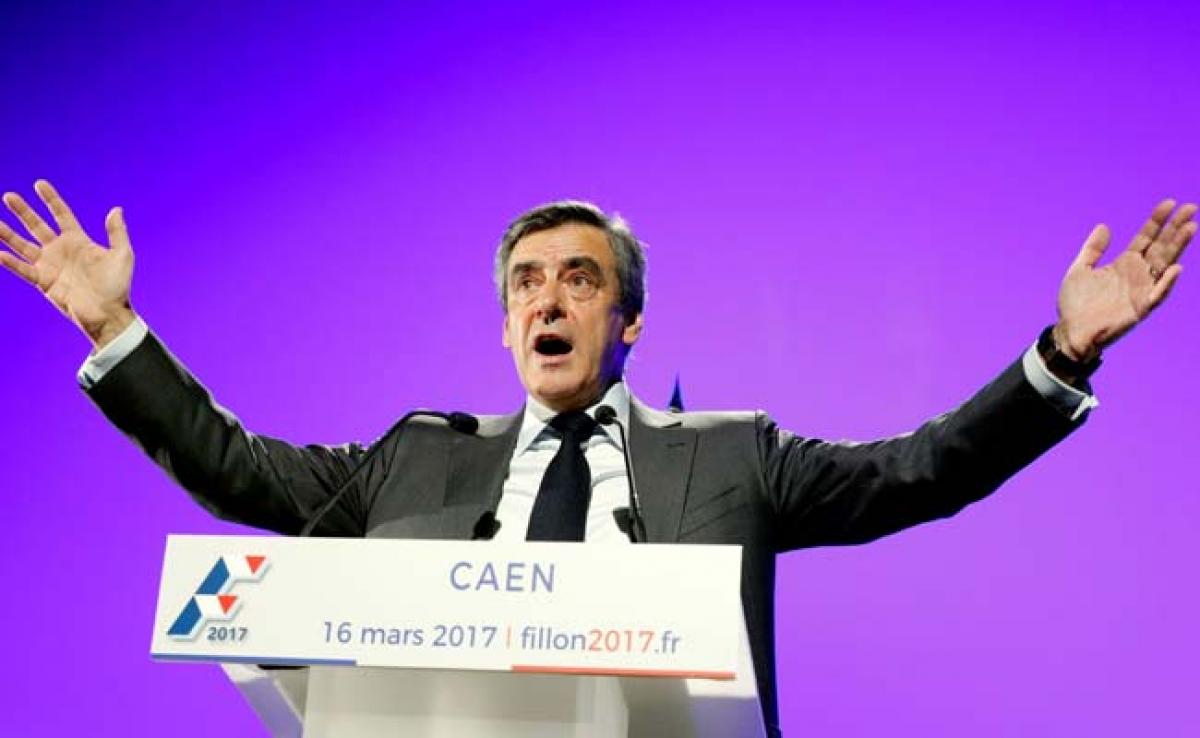 Hollande immediately condemned in the \"strongest terms the untruthful allegations of Francois Fillon,\" the presidency said in a statement.

French right-wing presidential candidate Francois Fillon on Thursday accused President Francois Hollande, a Socialist, of orchestrating media leaks that have dented his image as a scandal free leader a month ahead of the key vote.

Hollande immediately condemned in the "strongest terms the untruthful allegations of Francois Fillon," the presidency said in a statement.

"The executive has never intervened in any judicial process," the Elysee presidential palace said.

Fillon in a television interview late on Thursday said Hollande headed a "secret cell" that was responsible for sensational leaks and called it a "scandal involving the state."

"It's been two months that the press had been flinging mud at me," he told France 2, saying he often thought of former Socialist prime minister Pierre Beregovoy who had been investigated for an interest-free loan and later committed suicide.

Fillon said that, according to a soon-to-be-published book by "journalists who are far from being my friends", Hollande had obtained the contents of wiretaps linked to judicial investigations "which is totally illegal."

"We were seeking a secret cell and we have found it," he said, referring to the source behind a slew of accusations of wrongdoing revealed by the media, notably by the Canard Enchaine newspaper.

But that has unravelled. The 63-year-old was charged last week with misuse of public money and corporate assets over the employment of his wife as a parliamentary assistant for 15 years.

Though an MP employing a family member is not illegal in France, Penelope Fillon is accused of doing little for the 680,000 euros ($725,000) she received in salary.

Fillon has also been hit by media revelations that he had introduced a Lebanese oil pipeline builder -- with whom he signed a $50,000 lobbying contract -- to Russian President Vladimir Putin at a business forum in St. Petersburg in 2015 and accepting pricey suits worth thousands of euros from a "friend."

Fillon on Thursday also accused Hollande of spying on the finance ministry and even on his former prime minister Manuel Valls.

The French presidency responded that there "is only one scandal which does not concern the state but an individual who has to appear before justice."

Fillon was initially seen to be a front-runner. But the latest polls show that far-right leader Marine Le Pen shares pole position in the run-up to the April 23 first round with Emmanuel Macron, who professes to be neither left nor right.

Polls show that Macron, 39, would rout the 48-year-old Le Pen in the decisive run-off on May 7 if the election were held now.