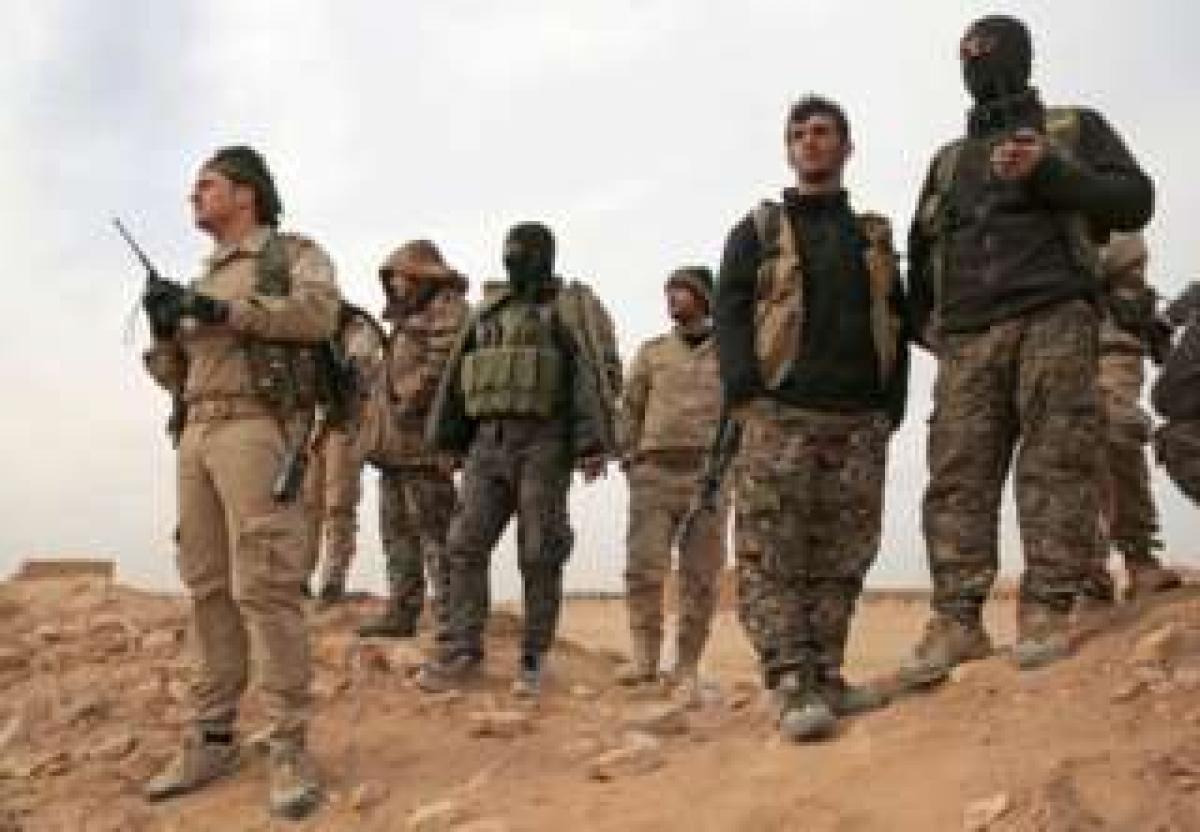 US-backed Syrian rebels have taken control of a key airbase held by the Islamic State group near its stronghold Raqqa.

US-backed Syrian rebels have taken control of a key airbase held by the Islamic State group near its stronghold Raqqa.

According to BBC, spokesman for the Syrian Democratic Forces (SDF), Talal Sello, on Sunday said they had seized Tabqa airport from militants.

It comes as the Kurdish-led fighters advance on Raqqa, IS's self-declared capital.

Earlier the IS warned the nearby Tabqa dam could collapse, sparking panic. However, the dam appears intact.

The US-led coalition fighting the jihadists denied targeting the facility with airstrikes, leaving it dangerously vulnerable to failure.

"The dam has not been structurally damaged to our knowledge and the coalition seeks to preserve the integrity of the dam as a vital resource to the people of Syria," a spokesperson told the BBC.

The Tabqa airbase was seized by IS militants in 2014 from the Syrian army and the jihadists then carried out a mass execution of captured soldiers.

Its capture by rebels was part of an offensive aimed at taking control of the dam -- the largest in Syria -- as well as Tabqa town, on the way to Raqqa.

Earlier on Sunday, there were conflicting reports about damage to the dam -- about 40km (25 miles) upstream of the Raqqa on the Euphrates river -- with civilians reportedly fleeing to higher ground.

Although the IS warned the dam could burst, the militant group later reportedly sent cars around Raqqa with loudspeakers, telling people it was intact and they had no need to evacuate.

Aside from being strategically important and providing electricity to the region, the dam complex is believed to be used as an IS headquarters where leaders plot attacks outside Syria, according to the Pentagon.

The UN recently warned that damage to it could lead to massive-scale flooding.

There were similar concerns last year for a dam outside Mosul, an IS stronghold in northern Iraq.

If the Mosul dam burst, floodwaters could kill 1.47 million Iraqis living along the River Tigris, the US embassy said. However, the dam has so far remained in operation.

US warplanes are supporting the Iraqi army's mission to retake Mosul from the IS.