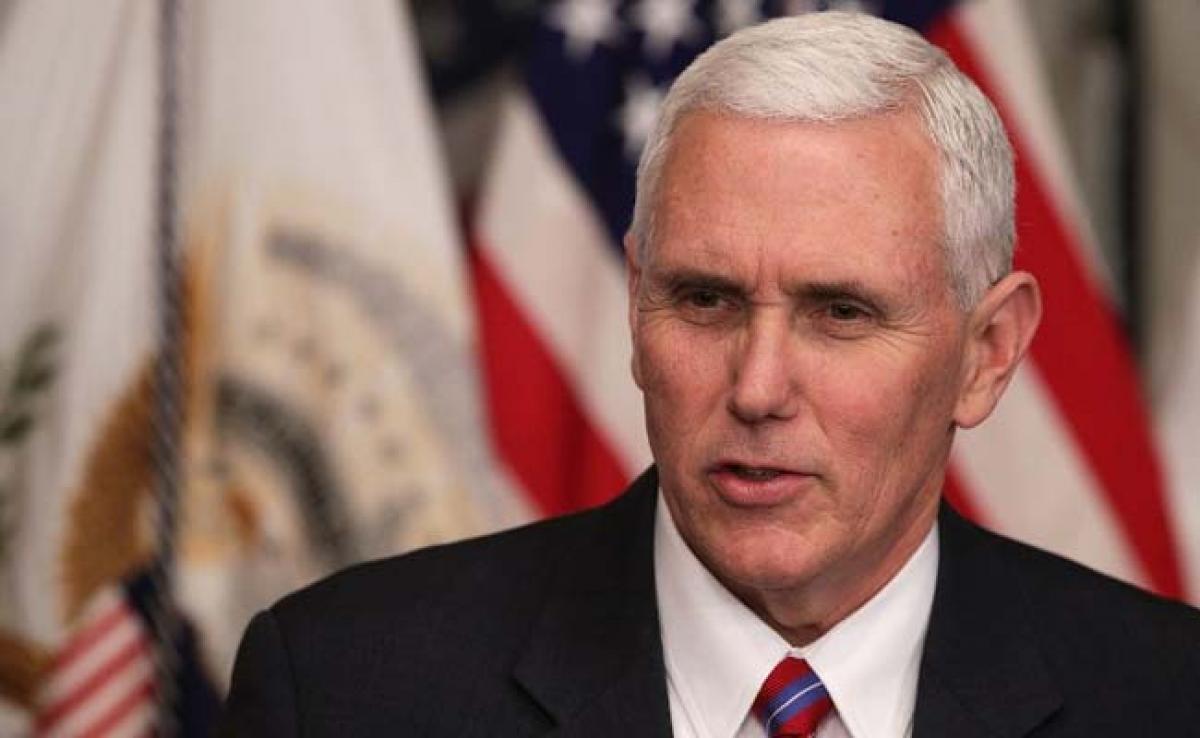 Mike Pence arrived at the gateway to the Demilitarized Zone dividing the two Koreas on Monday, an AFP correspondent reported, in a show of US resolve...

Mike Pence arrived at the gateway to the Demilitarized Zone dividing the two Koreas on Monday, an AFP correspondent reported, in a show of US resolve hours after North Korea failed in its attempt to test another missile.

The US vice president flew by helicopter into Camp Bonifas, a US-led United Nations command post just a few hundred metres (yards) south of the DMZ. From there, he was expected to move to the truce village of Panmunjom that straddles one of the most heavily militarised borders on Earth.

"It is particularly humbling for me to be here," Pence told those assembled.

"My father served in the Korean war with the US Army, and on the way here we actually saw some of the terrain my father fought alongside Korean forces to help earn your freedom.

"We are grateful to all of those who each and every day stand in the gap for freedom here at the DMZ."

The Vice President and his large security entourage were set to roll into Panmunjom, just shy of the 38th parallel north, where armed South and North Korean soldiers stand on a war footing just metres (feet) apart.

Tensions between Pyongyang and Washington have soared in recent weeks, as a series of North Korean weapons tests have wrought ever-more bellicose warnings from Donald Trump's administration.

The new and inexperienced US president has indicated he will not allow North Korea to develop an intercontinental ballistic missile capable of delivering a nuclear warhead to the western United States.

Pyongyang insists it needs a powerful arsenal -- including atomic weapons -- to protect itself from what it says is the ever-present threat of invasion by hostile US forces.

A top White House foreign policy advisor on Sunday became the latest Trump official to warn that while diplomatic pressure was preferable, US military action is very much on the table.

"We have a wide array of tools at disposal for the president should he choose to use them," the official said.

Speaking on Sunday before a handful of the 28,500 US military personnel stationed in South Korea, Pence denounced the latest North Korea test as a "provocation."

The tests and resultant harsh warnings appear to have put the United States and North Korea -- two nuclear powers -- on a collision course.

North Korea's leader Kim Jong-un has shown no indication he will heed the warnings and abandon WMD programmes.

The latest launch -- which failed when the missile blew up seconds after blast off -- came a day after the North held a defiant massive military parade in Pyongyang showcasing nearly 60 missiles -- including a suspected new intercontinental ballistic missile.

The North has a habit of test-firing missiles to mark major dates such as Saturday's 105th anniversary of the birth of the nation's founder Kim Il-Sung, or as gestures of defiance when top US officials visit the region.

South Korea's foreign ministry said that by conducting the latest test just a day after displaying a series of missiles, "North Korea has threatened the whole world".

After visiting the DMZ, Pence is expected to hold talks with South Korea's Acting President Hwang Kyo-Ahn in Seoul.