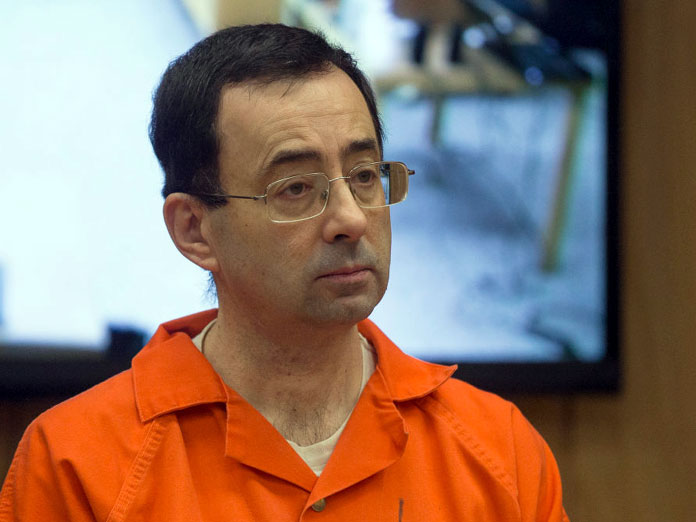 The report also accuses the East Lansing school of being out of compliance in areas under the Clery Act, which requires universities participating in student aid programs under Title IV to provide the campus community with information about public safety issues. Hundreds of girls and women said Nassar sexually molested them while working for Michigan State and Indiana-based USA Gymnastics.

Eleven who told university or campus security officials about the assaults are listed in the report. The report also says no warnings were issued about 21 burglaries and other crimes from 2011 to 2016. School spokeswoman Emily Guerrant said Wednesday that Michigan State is working on a formal response to federal officials.