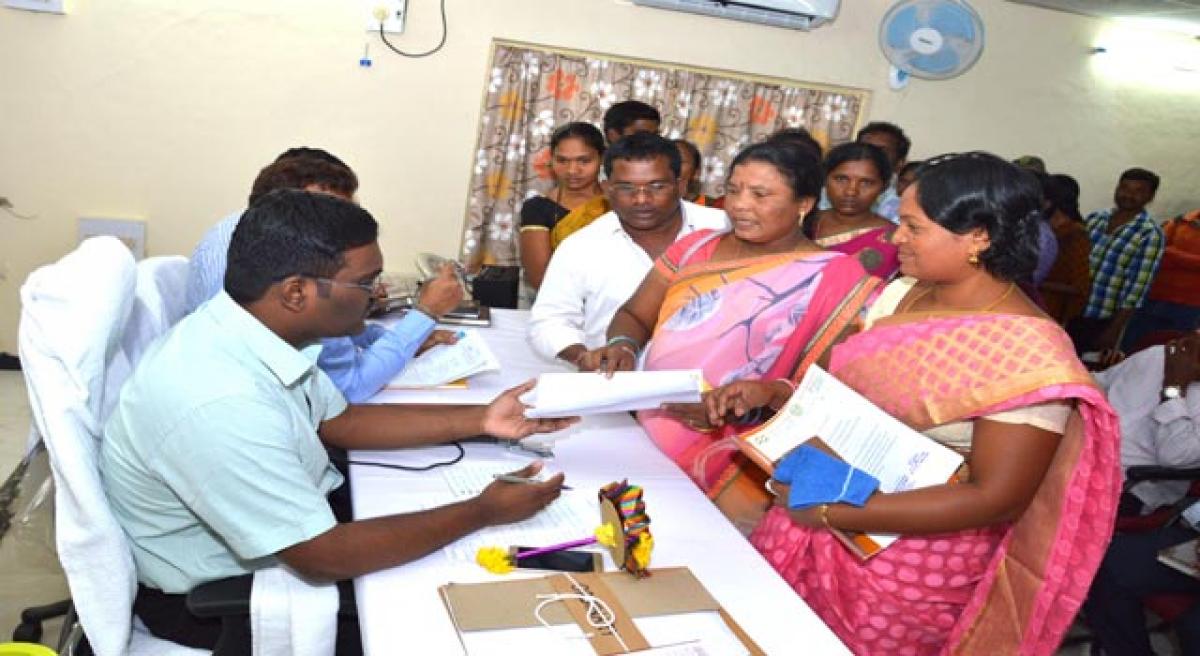 He was speaking after receiving public representation during the Prajavani programme on Monday, seeking double bedroom houses, Minorities loans and welfare schemes from BC and SC organisations.

Kothagudem: District Collector Rajiv Gandhi Hanumanthu said if necessary the administration would take up supervision by officials for identifying the beneficiaries of the government’s welfare schemes.

He was speaking after receiving public representation during the Prajavani programme on Monday, seeking double bedroom houses, Minorities loans and welfare schemes from BC and SC organisations.

The Collector assured that eligible beneficiaries would be extended the benefits after identifying them. He received petitions from S Venkatalakshmi of Mulkavalli mandal seeking a job in Kasturba Gandhi School, from Dharavath Jhansi of Venkannapalem in Julurpadu mandal pleading for Aya’s post in Anganwadi centre, and from P Mohan Rao of Kothagudem seeking a layout after conducting a survey.

Yerramshetty Kishtayya of Asupaka village urged the administration to pay compensation for the land he lost under Pothalawagu project. Banda Srinivas of Anjanapuram in Sujatanagar mandal sought loan for setting up a brick unit, while Chinta Buchayya of Kistapuram requested for government assistance following his son’s suicide, following a loss in farming.

Thirty-six girijans of Ramamujavaram in Manugur mandal sought compensation for their lands and jobs for eligible in Bhadradri power plant. Aruna of Turpugudem and two other students who said they had completed special BEd in IERP alleged that injustice was being done to girijans in the agency areas. They pleaded for jobs to local girijans.