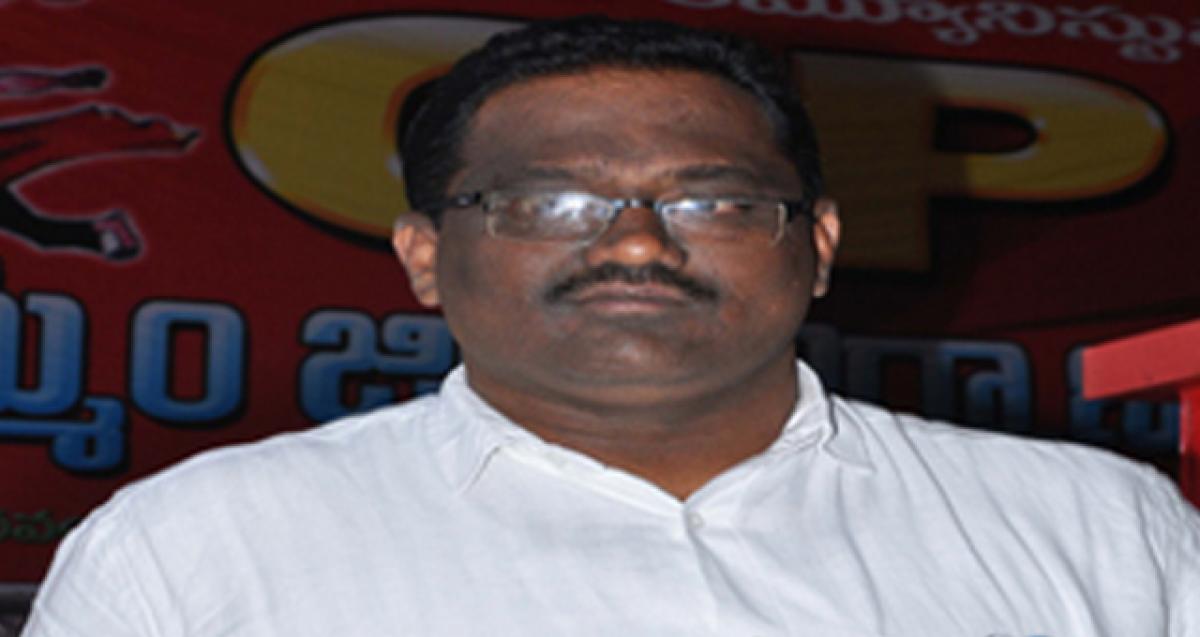 Khammam: District secretary of the Communist Party of India (CPI) Bagam Hemanth Rao alleged here on Monday that the ruling TRS party was hesitating to take actions against those involved in fake chilli powder racket.

“Telangana has become headquarters for the production of fake items under the reign of TRS government. Even after cracking the fake rackets of milk production along with seeds and recently the fake chilli production racket in Khammam district from where it is supplied to six neighbouring states, the government is not in a mood to take any action against the offenders,” he alleged.

The CPI leader further alleged that still there were many cold storage centres in the district where the raw materials used for production of fake chilli powder were deposited in huge amounts and business in crores of rupees was taking place.

“If the government shows negligence towards taking stringent action against those involved in the fake rackets, the CPI party will start massive movements involving people and teach the government a fitting lesson,” he warned.