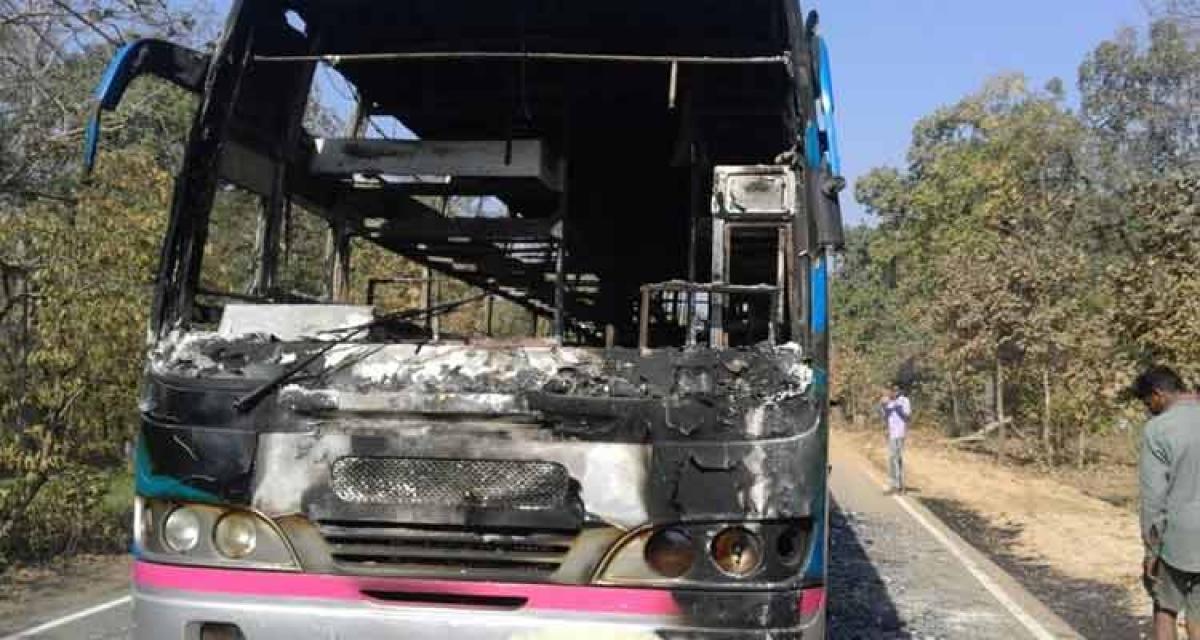 One-day bandh called by the Maoists on Monday was successful in Dandakaranya region of neighbouring Chhattisgarh State, but it evoked mixed response...

Kothaguda: One-day bandh called by the Maoists on Monday was successful in Dandakaranya region of neighbouring Chhattisgarh State, but it evoked mixed response in Telangana State. Sporadic incidents of vandalism and arson by the Maoists were reported from the two States.

It may be recalled that the Maoists escalated since January 26 and ultimately led to over 150 Maoists launching a lightning attack on a CRPF outpost on Saturday last in the border region. Subsequently, they called for observing a one-day bandh on Monday in the two States highlighting their demands.

Six bogies of a goods train were derailed in Dantewada district of Dandakaranya region as the Maoists removed fish plates. They set fire to a proclainer and tractor engaged in an irrigation project work near Kirandul.

They also set fire to a bus, heading for Raipur from Bhupalapatnam, at Gorla under Maddedu police station limits. They cut down trees and placed them across the road, hampering movement of vehicles and commuters, at many places near Avupalli in Chhattisgarh.

In Jayashankar-Bhupalapalli district, a BSNL signal tower was torched by the Maoists causing a loss of property to the worth of Rs 30 lakh to the government. Meanwhile, the Telangana State Road Transport Corporation suspended operation of five bus services from its Bhadrachalam depot to Venkatapuram, Charla and Vajedu on account of the bandh as a precautionary measure in view of the Maoist bandh.