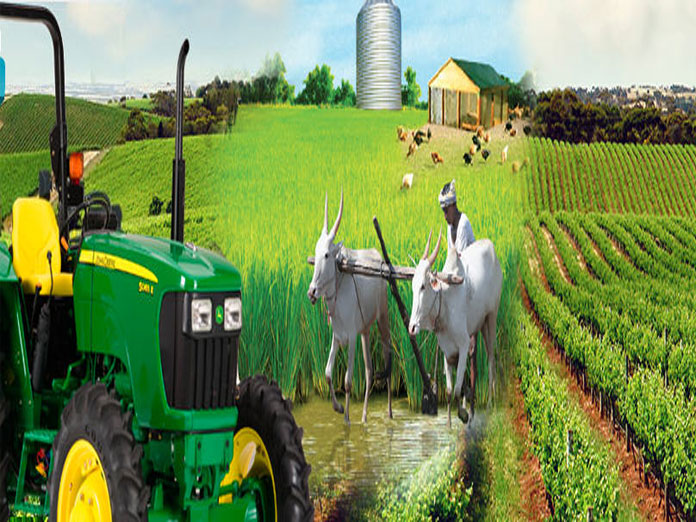 Stating that the Andhra Pradesh will be free from fertilizers and pesticides in cultivation by 2024, Chief Minister N Chandrababu Naidu said on...

Vijayawada:Stating that the Andhra Pradesh will be free from fertilizers and pesticides in cultivation by 2024, Chief Minister N Chandrababu Naidu said on Tuesday that the State government is giving top priority to agriculture and allied sectors. He said the crops produced in the state will have demand around the world due to the nature farming being implemented by the farmers.

Replying to a question in the State Assembly during the vote on account budget session, Chandrababu Naidu said the state is achieving double digit growth in agriculture in spite of below normal rainfall during the last four years. He said zero based natural farming is top priority of the State government and the world would look at Andhra Pradesh for the fertilizers and pesticide free agriculture products.

He said over 7000 villagers have started nature farming and been not using the fertilizers and pests for production of crops. He said Anantapur district topped in horticulture crops production in the state with income of Rs.14,700 crore followed by Kurnool with Rs.13,000 crore. He said six districts from Andhra Pradesh got place among the top ten horticulture crops producing districts.

Chandrababu Naidu said the Government is giving top priority to micro irrigation with targeted area of one crore acres in the coming years. He said four Rayalaseema districts of Chittoor, Kadapa, Kurnool and Anatapur are famous for horticulture crops and generating revenue to the farmers.

He informed the house that Andhra Pradesh government is giving top priority for completion of irrigation projects, implementation of loan waiver and farm mechanization. Chandrababu said the State successfully overcame problems arose due to the deficit rainfall due to the monitoring of water levels by implementing Neeru-Pragati and other programmes.

Kabir Singh's music composers reunite with Shahid Kapoor to...
We use cookies for analytics, advertising and to improve our site. You agree to our use of cookies by continuing to use our site. To know more, see our Cookie Policy and Cookie Settings.Ok