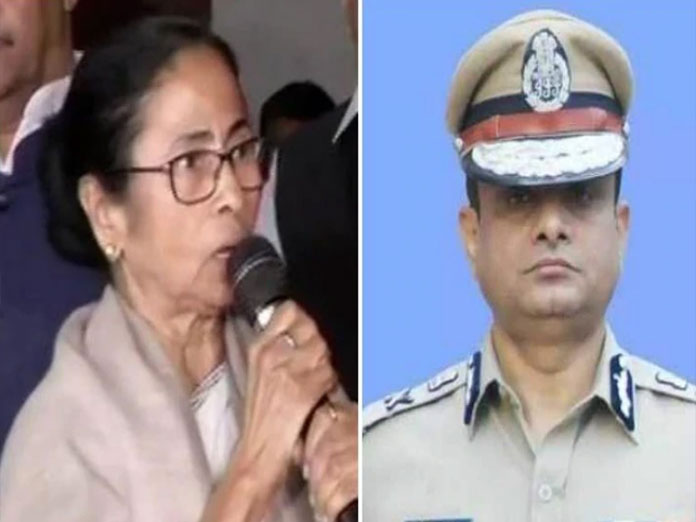 The Ministry of Home Affairs has asked the Mamata Banerjeeled West Bengal government to initiate disciplinary proceedings against Kolkata police commissioner, Rajeev Kumar for sitting on a dharna with Banerjee and some other police officers

Kolkata police commissioner, Rajeev Kumar was sitting on a dharna with Banerjee and some other police officers.

New Delhi: The Ministry of Home Affairs has asked the Mamata Banerjee-led West Bengal government to initiate disciplinary proceedings against Kolkata police commissioner, Rajeev Kumar for sitting on a dharna with Banerjee and some other police officers.

The MHA's letter on Tuesday addressed to the state chief secretary says Kumar sat on a dharna along with some police officers with the Chief Minister West Bengal at the Metro channel in Kolkata, which is prima facie in contravention of the extant provisions of All India Service (Conduct) rules, 1968 and AIS (Discipline & Appear) rules 1969.

Banerjee had on Tuesday ended her 'Save the Constitution' dharna, which she started on Sunday night after the CBI’s attempt to arrest Rajeev Kumar.

Addressing a gathering in Kolkata, Chief Minister Banerjee said: “This 'Save the Constitution' dharna is a victory for the Constitution and democracy. So let us end it today. We started this dharna only after consulting all political parties and after that, they extended their full support.”

A full-blown face-off between Chief Minister Banerjee led TMC government and the Centre erupted after a CBI team moved to arrest Kolkata Police Commissioner Rajeev Kumar. CBI officials were denied entry to the top cop’s residence and were detained briefly too.

The Supreme Court on Tuesday, however, directed Kumar to appear before the CBI in connection with the Saradha chit fund scam probe.

But the bench headed by Chief Justice Ranjan Gogoi said that no coercive step should be taken against Kumar, who will appear before the CBI in Shillong in Meghalaya.

The Supreme Court, which posted further hearing in the case to February 20, also issued a contempt notice to West Bengal Chief Secretary, the DGP and the Kolkata Police Commissioner on a plea which said that a CBI team was detained when it went to question Kumar on Sunday.