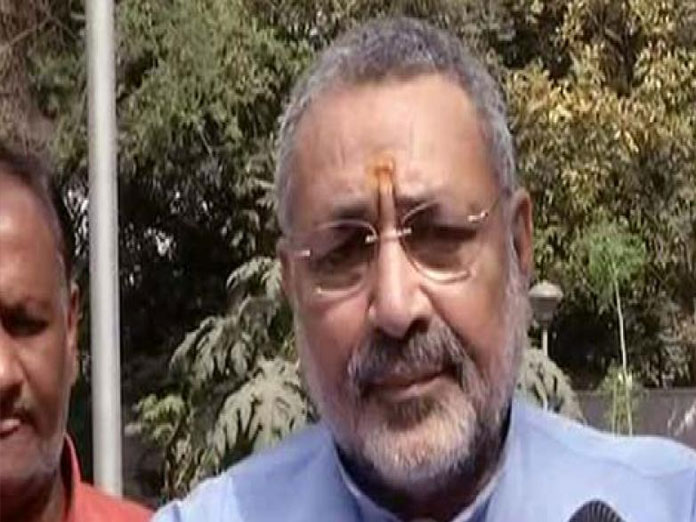 In the Lok Sabha on Thursday, TMC leader Dinesh Trivedi drew a parallel between the Central government and the pre-independence British regime and called Banerjee as today's 'Jhansi ki Rani'.

Singh told ANI, "Maybe this is an abusive remark towards 'Jhansi ki Rani.' She can be a Putana (demon), who has destroyed the whole West Bengal. She can become Kim Jong-un, who can kill those who speak against her."

"She does not have the power to become 'Jhansi ki Rani' or 'Padmavaat.' She can support Rohingya infiltrators and talks about distributing India. 'Jhansi ki Rani' fought to save the country. She is fighting to divide it."

The central investigative agency officials were denied entry to the top cop’s residence and were detained briefly too.

Escalating her confrontation with the Centre, Banerjee started her 'Save the Constitution' dharna on Sunday night to protest against what the TMC called a 'coup’ by Prime Minister Narendra Modi-led NDA government at the Centre.

On Tuesday, Chief Minister Banerjee ended her sit-in protest, saying that she would take her fight against the Central government to Delhi next week.

The top court, which posted further hearing in the case to February 20, also issued a contempt notice to West Bengal Chief Secretary, the DGP and the Kolkata Police Commissioner on a plea which said that the CBI team was detained when it went to question Kumar on Sunday.