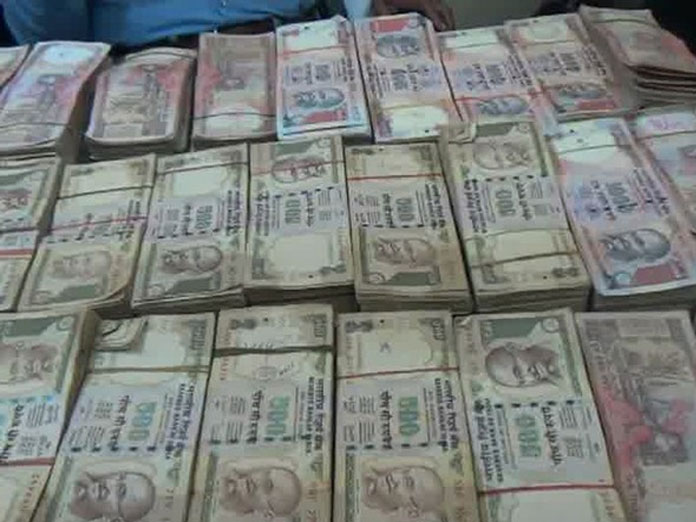 NAVSARI (GUJARAT): Police on Sunday seized Rs. 3.5 crore in banned notes from a village in Gujarat. Four people have been arrested in connection with the case.

On November 8, 2016, Prime Minister Narendra Modi-led government had banned Rs. 1,000 and Rs. 500 notes with an aim to curb black money from the market.

Shaileshgiri Goswamy, Investigating officer of the local crime branch said, "We have arrested four people. An accent car and Rs. 3.5 crore in demonetised currency has been seized from them."