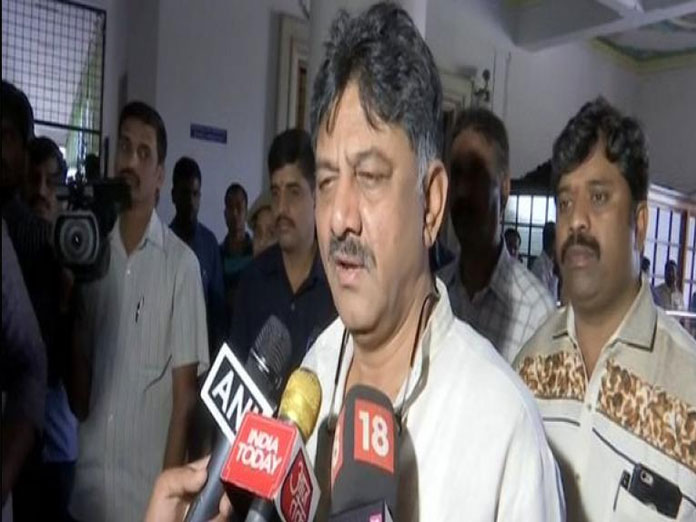 The dissenting Congress MLAs, who have been keeping away from the party activities for the past few days, on Wednesday held Congress leaders responsible for their absence

Bengaluru: The dissenting Congress MLAs, who have been keeping away from the party activities for the past few days, on Wednesday held Congress leaders responsible for their absence.

Announcing his comeback, Karnataka Congress MLA Mahesh Kumathalli said: “I have small issues with my party leaders, there was some miscommunication. I was not satisfied with some of the party decisions. As this is a budget session, I have come back.”

Another dissenting Congress MLA, Umesh Jadhav also spoke of facing similar issues with his party leaders. “I had small issues with party leaders in my constituency. I will discuss those issues separately. Mallikarjun Kharge is a big leader, I can’t speak anything against them. I'll speak at the appropriate time. I have come to attend the budget session,” Umesh said.

According to Congress leader DK Shivakumar, all the four dissenting Congress MLAs have returned.

On Monday, CLP leader Siddaramaiah and Karnataka Deputy Chief Minister G Parameshwar had met Karnataka Speaker Ramesh Kumar to submit the request for disqualification of the four dissenting MLAs from the Karnataka Assembly.

The four Congress MLAs - Ramesh Jarhikoli, Umesh Jadhav, Mahesh Kumatalli and N B Nagendra – did not attend the state budget session as well as the CLP meeting despite a whip issued by the party.