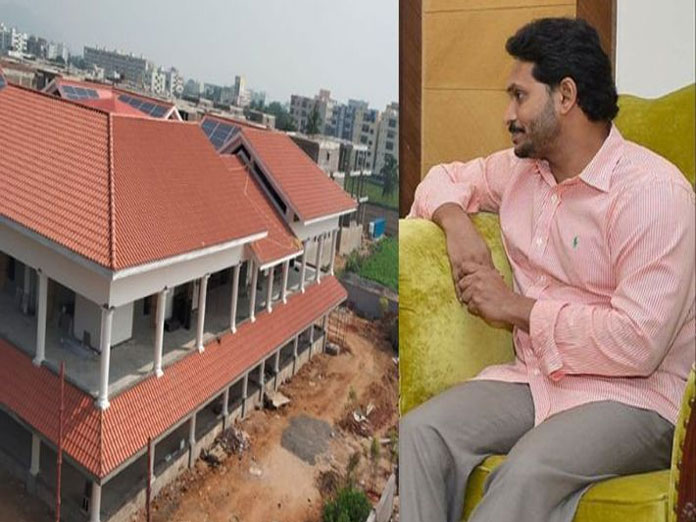 ​Amaravati: YSR Congress Party chief and leader of opposition YS Jagan Mohan Reddy is going to conduct the house warming ceremony on 27 February for his newly constructed house at Tadepalli in Guntur district.

Chirala MLA Amanchi Krishna Mohan, Daggubati Venkateswara Rao and other leaders from TDP will be joining YSRCP on this day.

In fact, this event should happen on 14 February, but due to some reasons, it got postponed and later YS Jagan has left to London to meet his daughter, who is studying at London School of Economics. He will return back to Hyderabad on 26 February.

This new house is constructed in 2 acres, which has the residential as well as the party office in the same area.

The residential house is designed with five bedrooms for the family members, and the party office has conference halls which can accommodate nearly 500 members and rooms for the party leaders.