Tenders floated by BBMP for the construction of 23 skywalks 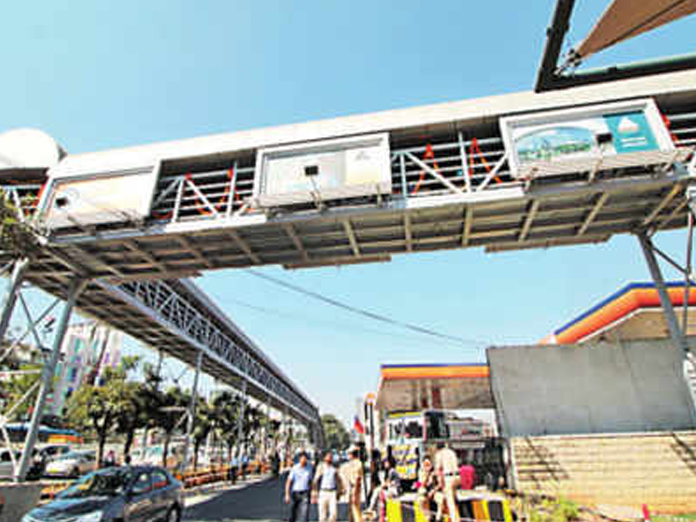 Highlights: Each skywalk will be built with a cost ranging from Rs 1.5 crore to Rs 2 crore.

BENGALURU: On Sunday the Bruhat Bengaluru Mahanagara Palike (BBMP) floated tenders for the construction of the 23 skywalks on a Public Private Partnership (PPP) at different locations within the city.

As per the BBMP officials, each skywalk will be built with a cost ranging from Rs 1.5 crore to Rs 2 crore. In addition to these 23 skywalks, more other 29 skywalks have been proposed, for which the tenders will be called soon.

MV Srinivas, the executive engineer, road infrastructure - special division, BBMP had said that, “We plan to construct 52 skywalks across Bengaluru. While work on 23 skywalks is expected to begin in a month’s time, tenders for 29 others may be called after the end of the model code of conduct for the upcoming Lok Sabha elections.”

Urban experts have pointed out by stating that, with many skywalks which are already existing remain unutilised or underutilised, the construction of more skywalks without a survey analysis might not fetch the best results.

The urban expert V Ravichandar has said that, “There are several skywalks, including the one on Residency Road and one near Sophia School on Palace Road, which are hardly used. There has to be a compelling reason for constructing more skywalks. The BBMP must carry out a study on existing skywalks, their usage and pedestrian traffic at these locations which can be used as a guide for future projects.”