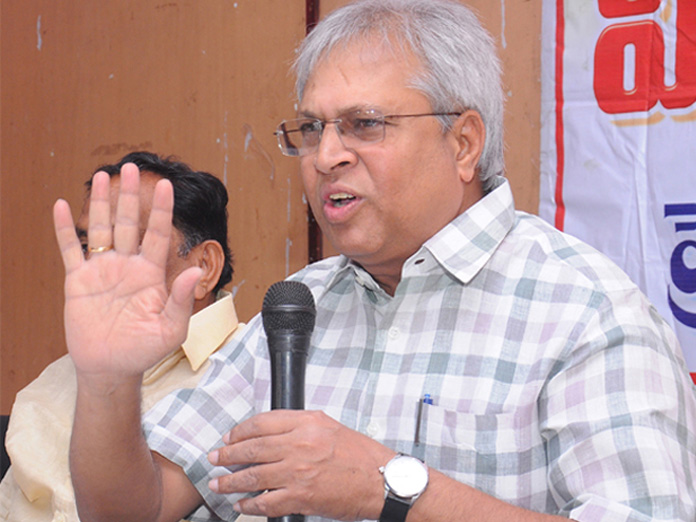 An allparty meet was organised by Mr Undavalli Arunkumar on January 29 commemorating, as he said, the date of a unanimous resolution on 30th January...

An all-party meet was organised by Mr Undavalli Arunkumar on January 29 commemorating, as he said, the date of a unanimous resolution on 30th January 2014 with 9072 amendments by United AP assembly to the reference made by the then President of India to divide the state. This effort is nothing but a publicity-mongering gimmick by him. An all party “Lok Sabha AP new MPs meeting and a delegation to the newly elected Prime Minister in May 2019” would have some impact. Mr Undavalli must wait to take such an initiative till the general elections are over.

The 30th January All Party Meeting called for by the Chief Minister of AP Dr N Chandrababu Naidu is more than a conspiracy and to alienate and disarm YSRCP, which responded wisely to boycott it. Nobody can dispute the uncompromising commitment of YS Jagan Mohan Reddy to SCS for AP. The CPI (M), as a party that was a consistent advocate for a United State and as a party which did all it could do to keep the demand for Special Category Status (SCS) for AP alive, too chose to stay away from the all-party meet attended by 'partners in crime' responsible for the present condition of the newly formed state.

Mr Naidu perfected the art of blame game and in his time-tested strategy of projecting all his 'ever changing' friends and opponents conspiring against him. This is unfair for a leader with such a long record of 40 years in the political industry ! So, the all- party meets now in AP are either cheap gimmicks or deeper conspiracies!