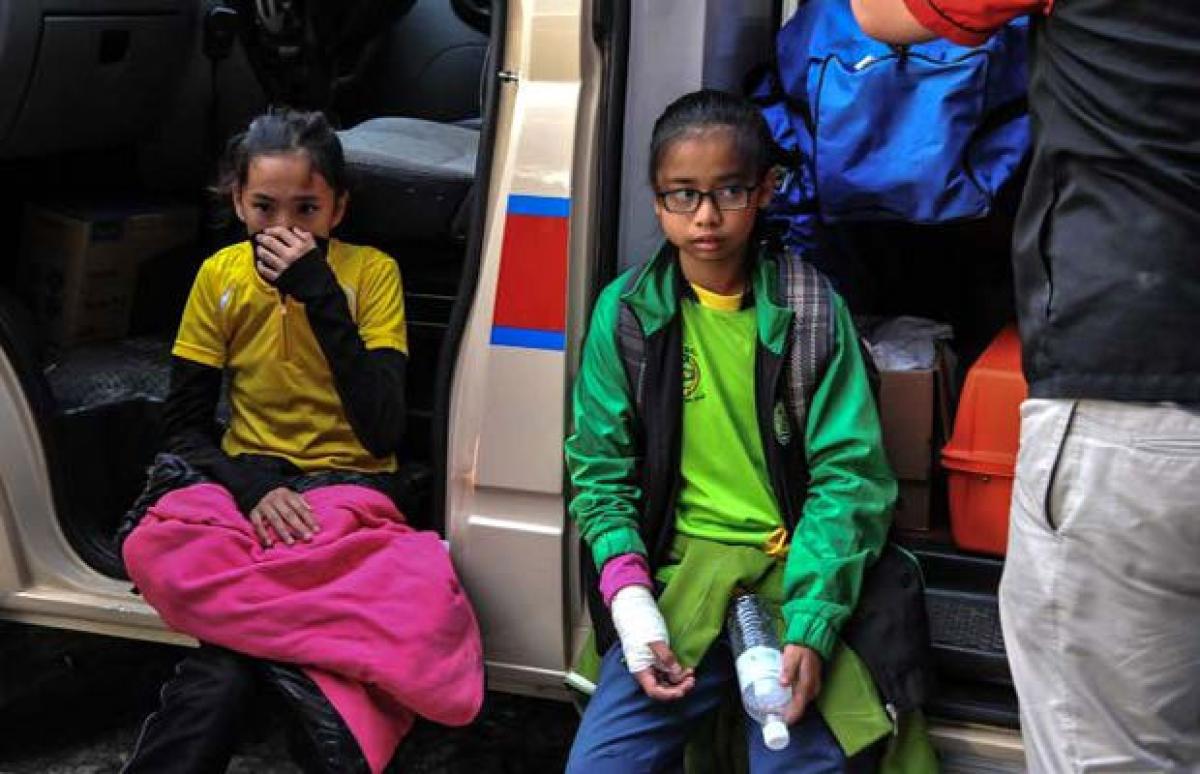 At least three Indian-origin students are among the 13 people who were killed in Malaysia-'s deadly earthquake while they were on an excursion at the...

At least three Indian-origin students are among the 13 people who were killed in Malaysia's deadly earthquake while they were on an excursion at the country's highest peak. "We are deeply saddened to inform that the bodies recovered by the Malaysian authorities have been identified by their next-of-kin as five students and one teacher from Tanjong Katong Primary School," said a statement by Singapore's Ministry of Education. They are: Ameer Ryyan bin Mohd Adeed Sanjay, Emilie Giovanna Ramu, Loo Jian Liang Terrence Sebastian (Teacher), Matahom Karyl Mitzi Higuit, Rachel Ho Yann Shiuan and Sonia Jhala, the ministry said. The body of a Singaporean adventure guide, Muhammad Daanish bin Amran, who accompanied the students on the overseas learning journey, has also been also been identified.
Operations are continuing to locate the remaining student, Navdeep Singh Jaryal, and teacher, Mohammad Ghazi Bin Mohamed, said the ministry.
On Saturday, the body of a schoolgirl, Peony Wee, was identified. In total, bodies of eight Singaporeans have been identified by their next-of-kin.
Reports said most people on the mountain when the quake hit were Malaysian but that they also included hikers from Singapore, the US, the Philippines, the UK, Thailand, Turkey, China and Japan. Twenty-nine students and eight teachers of Tanjong Katong Primary School were on a school trip to Kota Kinabalu, the capital city of Sabah, when earthquake struck on 5 June.
The school's 21 students and six teachers have been accounted for. Fifty-eight students and eight teachers of Greenridge and Fuchun Secondary Schools, also on excursion there, have returned safely to Singapore yesterday.
Nineteen people were reported missing following the earthquake at Mount Kinabalu.
Friday's 6.0-magnitude quake, which struck near the mountain in the state of Sabah on Borneo island, was one of Malaysia's strongest in decades.
Show Full Article
Email ArticlePrint Article
More On
Download The Hans India Android App or iOS App for the Latest update on your phone.
Subscribe
Subscribed Failed...
Subscribed Successfully...

Coronavirus in Andhra Pradesh: No new cases reported on Thursday, ...