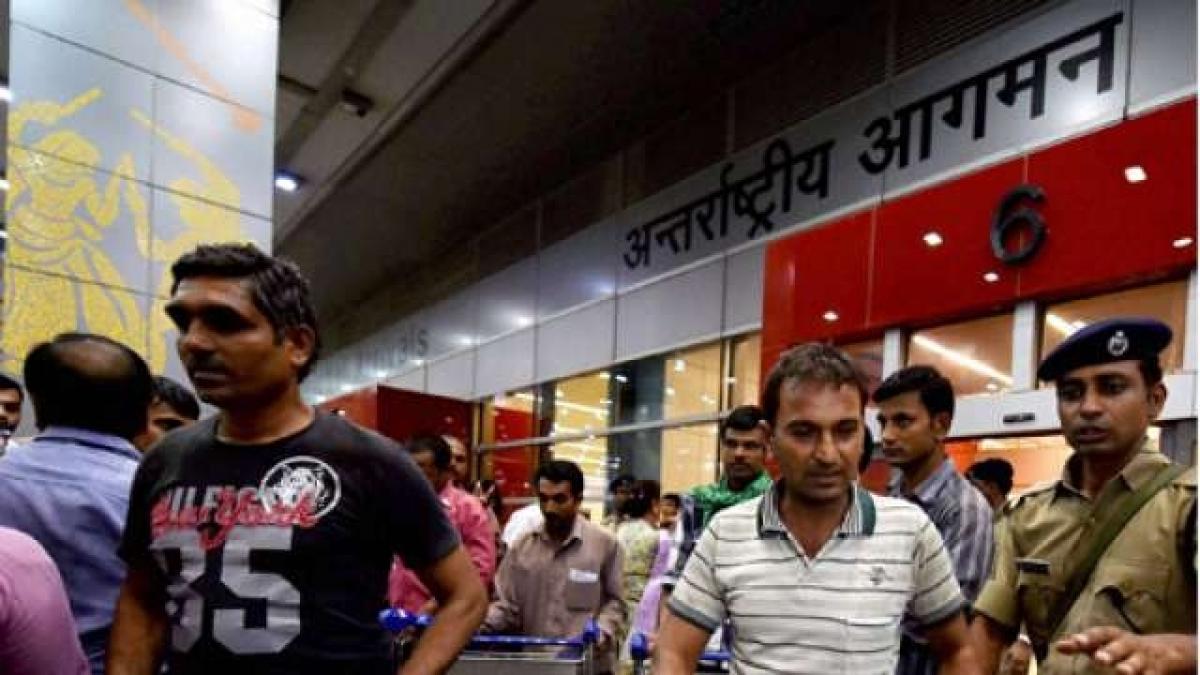 Nineteen of a group of 55 Indians, who were stranded in strife-torn Iraq, have returned home following efforts by the government.

New Delhi: Nineteen of a group of 55 Indians, who were stranded in strife-torn Iraq, have returned home following efforts by the government.

Minister of State for External Affairs VK Singh told Rajya Sabha that Indian Consulate in Iraq's Erbil has been making efforts to ensure return of the remaining 36 Indians.

The Consul General had approached the Prime Minister and the Interior Minister of Kurdistan to ensure return of the Indians, mostly from Telengana, who had overstayed.

"As a result of these efforts, a group of 19 Indian nationals has travelled back to India on November 10 without payment of any overstayal penalty," Singh said.

To another question, he said 39 requests for repatriation have been received by Indian Mission in Abu Dhabi and Dubai from persons hailing from Uttar Pradesh. He said a total of 15,431 grievances have been registered on MEA's online Consular Services Management Portal 'MADAD' out of which 9,502 have been resolved.

In a written reply to a question on Indians residing in war-torn countries, External Affairs Minister Sushma Swaraj as per records, over 2,500 Indians are residing in Afghanistan, 9,000 in Iraq and about 100 Indians in Syria.

The details of people who have not registered with the local missions and embassies were not available. She said government closely monitors the evolving security concerns in strife-torn countries, including Afghanistan, Iraq and Syria, adding safety and security of Indians in these countries was a matter of foremost concern.

"The government has established 24x7 helpline functional in the Indian Missions/Posts in these countries; and issues advisories whenever required," she said. Replying to another question in Rajya Sabha, Singh said a total of 554 Indian fishermen were arrested in foreign waters during 2016.