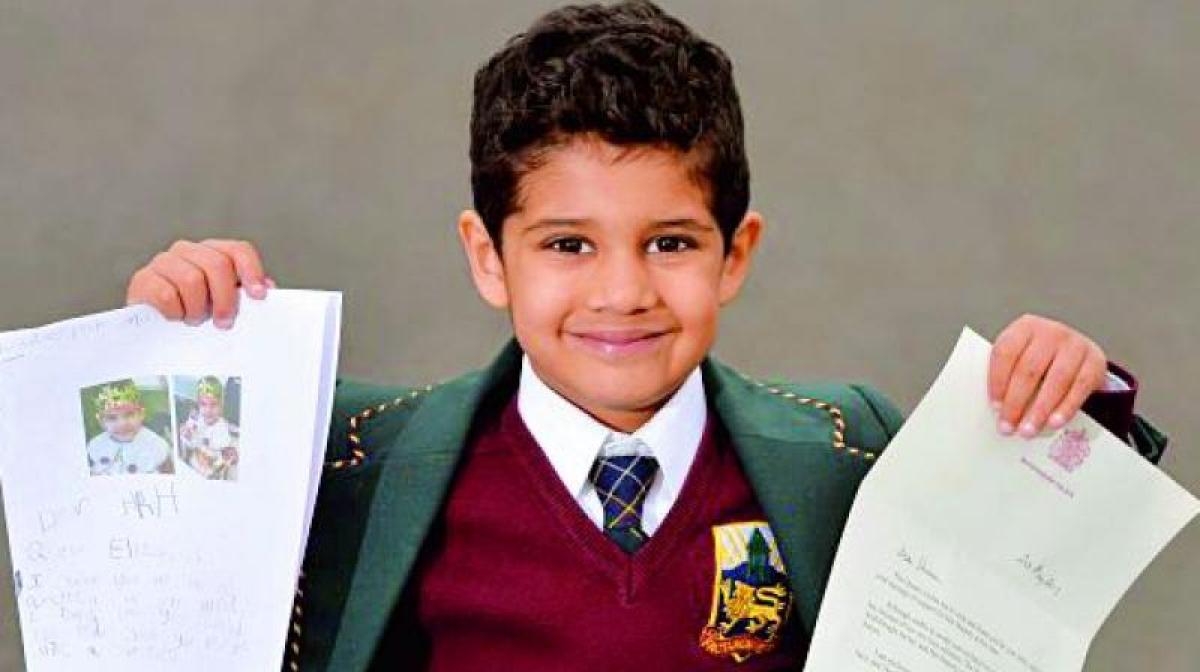 Shaan, who lives with his mum, a probation officer, dad Onhar, 39, a coach driving instructor and brother Roshan, one, said: “I was a bit...

British Queen Elizabeth II responded to a letter written by an Indian-origin boy inviting her to his fifth birthday party as he felt she was like a “real superhero”, according to media reports.

Shaan Dulay, four, was planning a party for his birthday on June 25 and asked his mother Baljinder to arrange a meeting with 91-year-old Queen so that she can arrange a trip to his home in Sandwell, West Midlands in England.

When his mother told him the Queen might be busy at the Buckingham Palace, Shaan, suggested: “Maybe she can come here instead,” the metro.co.uk reported. “He was learning about history at school and that the Queen was the longest reigning monarch and things like how she was when she first started. He came straight home and started reeling off all the information to us,” Ms Baljinder said.

Shaan’s letter reads: “Dear HRH Queen Elizabeth, I think you are the best Queen in the world. I really like your crown and the red cloak you wear; it’s like a superhero.” He then requests her attendance at his party before adding: “I need to talk to you about horses, planes and the poor children”.But after writing the invite on March 13 the boy had begun to lose hope when a letter with the Royal seal arrived on May 3.

The letter on behalf of the Queen reads: “Although unable to accept your invitation to come to your house for tea because of her very busy schedule, the Queen greatly appreciated your kind thought for her and Her Majesty was pleased to learn that you too like horses.

“The Queen hopes you have a very happy birthday on June 25,” it read. “When I picked up Shaan from school I said to him, there’s been a letter come for you today, and he just said, ‘Oh, from the Queen?’”, Shaan’s mother said.

Shaan, who lives with his mum, a probation officer, dad Onhar, 39, a coach driving instructor and brother Roshan, one, said: “I was a bit disappointed. But I was very happy she read my letter. I really like the Queen. I like her horses and her dogs.”