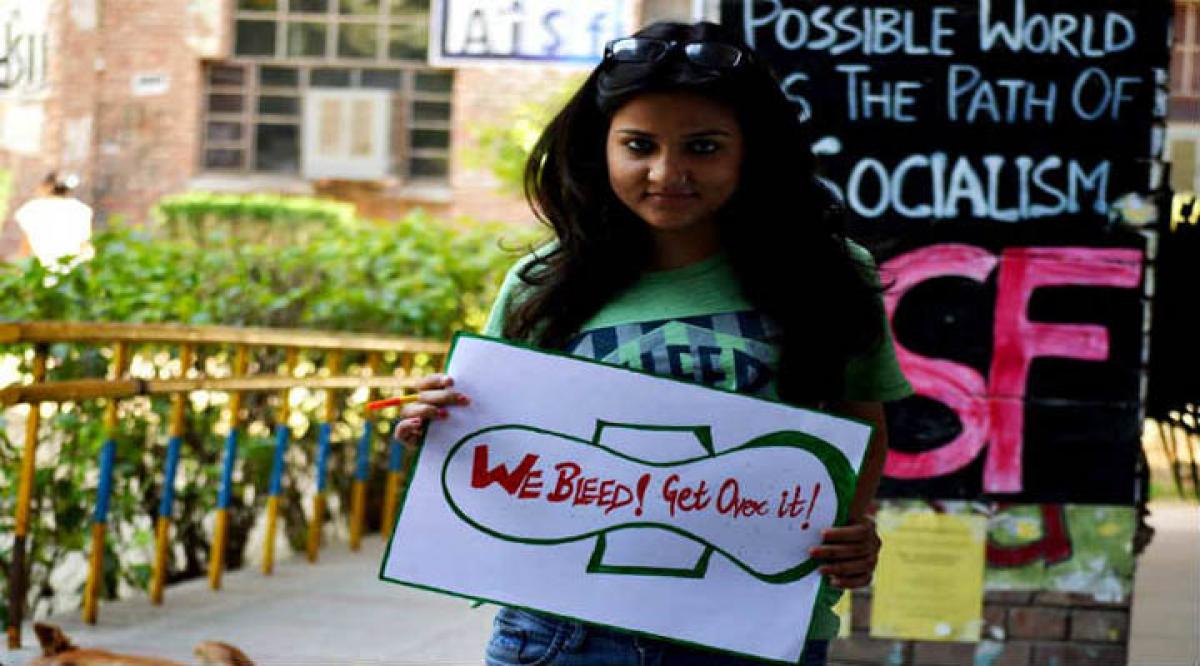 Scores of Indian women have taken to social media declaring themselves \"Happy to Bleed,\" after the head of a famous Hindu temple said he would consider allowing women in if there was a machine to check that they were not menstruating.

Scores of Indian women have taken to social media declaring themselves "Happy to Bleed," after the head of a famous Hindu temple said he would consider allowing women in if there was a machine to check that they were not menstruating.

Nikita Azad said she launched the #HappyToBleed campaign to protest the remarks made by the head of Sabarimala temple, a popular shrine in Kerala, and help break the taboo surrounding menstruation.
"This is a basic issue about discriminatory beliefs that say menstruation is unclean," Azad, a student, told the Thomson Reuters Foundation. "Menstruation is a natural activity which doesn't need curtains to hide behind."
Since Azad started the campaign earlier this week, women, along with some male supporters, have posted photographs on Facebook and Twitter holding an array of signs with the words "Happy to Bleed."
Some have posted pictures of soiled sanitary napkins, underwear and clothes.
"We are #happytobleed each month and if we didn't, you wouldn't exist!" said one sign.
In rural and urban India, menstruation is rarely discussed openly and menstrual blood is considered impure. In many communities, menstruating girls and women are not allowed to prepare food or enter a temple.
The hilltop temple of Sabarimala is one of a few Hindu temples which bars all women of reproductive age - making it increasingly controversial as awareness of gender rights spreads among India's largely conservative society.
Prayar Gopalakrishnan, president of the board which manages the temple, told reporters earlier this month the board might consider allowing women into the ancient shrine if there was a way to ensure that they were not menstruating.
"There will be a day when a machine is invented to scan if it is the 'right time' for a woman to enter the temple. When that machine is invented, we will talk about letting women inside," he was quoted as saying in media reports.
Gopalakrishnan told the Thomson Reuters Foundation that his quotes had been taken out of context. He said he had not suggested the idea of such a machine but had responded to a suggestion made by a journalist.
"If the entire conversation is examined, it will become clear that the suggestion did not come from me," said Gopalakrishnan.
But he reiterated that the board would not consider lifting the ban on women as it was the "custom since ages," despite a legal petition against the rule pending in the Supreme Court.
Girls below age 10 and women over 50 are allowed in the temple, he said.
An estimated one million Hindu pilgrims flock to Sabarimala in Kerala's Western Ghats mountains every year to pay homage to the deity Lord Ayyappan who meditated at that spot, according to Hindu mythology.
Show Full Article
Email ArticlePrint Article
More On