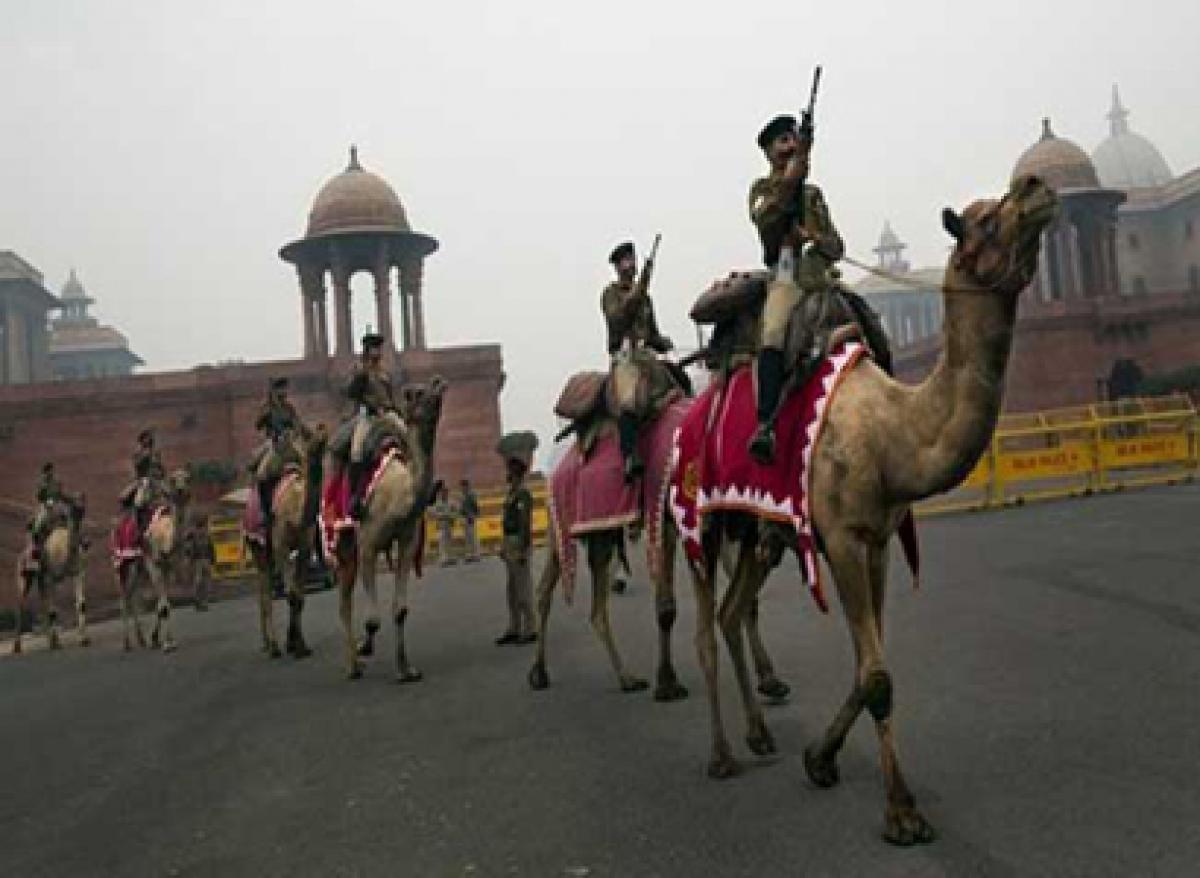 For the first time in the history of the Republic Day celebrations, the iconic BSF camel contingent will not be ambling down the Rajpath here on the coming January 26.

New Delhi: For the first time in the history of the Republic Day celebrations, the iconic BSF camel contingent will not be ambling down the Rajpath here on the coming January 26.

Officials said the 90-member Border Security Force camel-mounted troops and band contingent has not been practising during the dress rehearsals of the event being held here, in the absence of official directions.

"While the contingent is in Delhi since the last few months, it has not been included in the rehearsals as there are no official orders issued in this regard," they said.

The majestic and elegantly dressed four-legged 'ship of the desert' belonging to the border guarding force first became a part of the national festival celebration in 1976 after it replaced a similar squad of the army which had been participating in the Republic Day parade since the first such event in 1950.

"The BSF camel contingent has since been the intrinsic part of the parade at Rajpath on every January 26. There are two teams which take part in the event, the 54-member mounted contingent and the 36-member band," a senior official involved with the camel squad said.

While the first contingent showcases smartly dressed BSF border guards with weapons riding camels, the second follows with bandsmen in beautiful multi-colour dresses on the back of camels playing martial music.

Officials said the January 26 parade this time is undergoing a number of changes such as non-inclusion of paramilitary forces like ITBP, CISF and SSB whereas some new features have been added to it including the dogs squad contingent of the army and a team of French soldiers.

"The camel contingent may also not be a part of the Beating the Retreat Ceremony to be held on January 29 where they stand along the ramparts of the North and South blocks on Raisina Hill," they said.

French President Francois Hollande is the chief guest of this year's event with dignitaries like President Pranab Mukherjee and Prime Minister Narendra Modi among others and general public.

The BSF camel contingent is the inheritor of the heritage of the Bikaner Royal Camel Force, known as 'Ganga Risala', and is based in the border town of Jaisalmer in Rajasthan.

Every year it travels to Delhi in November to participate in the Raising Day event of the BSF on December 1 and the Republic Day parade after which it retreats to its base.

The contingent has been called in to greet and honour foreign dignitaries many times in the past and recently was present for welcoming US President Barack Obama last year and for entertaining the guests during the Afro-India summit held last year.

The BSF is country's largest border guarding force of the country raised in 1965 and it is mainly tasked with securing Indian frontiers with Pakistan and Bangladesh.