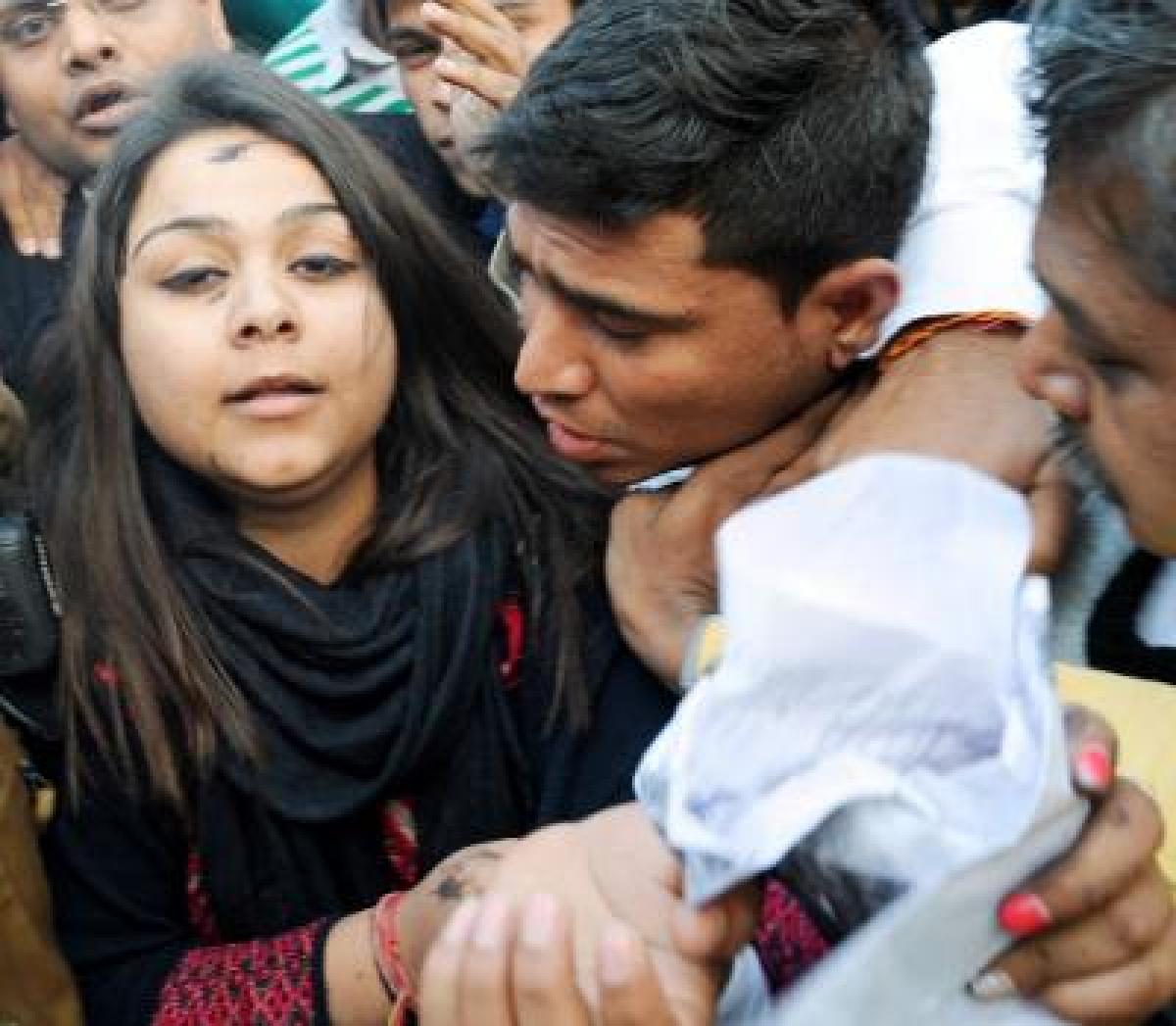 Metropolitan Magistrate Sunil Kumar remanded Bhavna Arora to judicial custody after the investigating agency said she was not required for further custodial interrogation.

Arora, was produced before the court on completion of one-day police custody, had thrown ink at Kejriwal at a rally after the completion of government's odd-even car rationing experiment.

The probe agency said the attack on the Chief Minister was "attack on the democracy" and the woman should be sent to jail so that in future people who indulge in such activities get a "lesson" and do not get publicity.

"It was a government function and the attack was made during a rally. Ink was thrown at the Chief Minister. It could have been anything, acid also.

"Such acts have been a routine process. There are people who indulge in activities like throwing ink and shoes. It's time to teach them lesson to those who opt such path to garner publicity," the police said.

The advocate appearing for Arora opposed the police's submissions and sought bail for the accused.

"There is no previous record of crime. She has been falsely implicated in the case. Nothing has been recovered during the investigation and the probe is complete. She is entitled to bail being a woman," Arora'a lawyer said. The court, however, dismissed the bail plea moved by Arora and sent her to judicial custody.

Arora had thrown ink on Kejriwal when he was addressing the 'thanksgiving' rally at Chhatrasal Stadium here, prompting angry reaction from AAP government which termed the incident as a "BJP conspiracy".

The woman, who claimed to be a member of the Punjab unit of Aam Aadmi Sena, a splinter group of Delhi's ruling AAP, was later whisked away by police and questioned at the Model Town police station.

Arora has claimed she had "proof in the form of a CD" on the CNG scam. A resident of Rama Vihar in outer Delhi's Rohini sub-city, she was booked for alleged offences under sections 186 (obstructing public servant in discharge of public functions) and 353 (assault or criminal force to deter public servant from discharge of his duty) of the IPC.