UP Assembly Elections: AAP to campaign against BJP; will not enter electoral arena 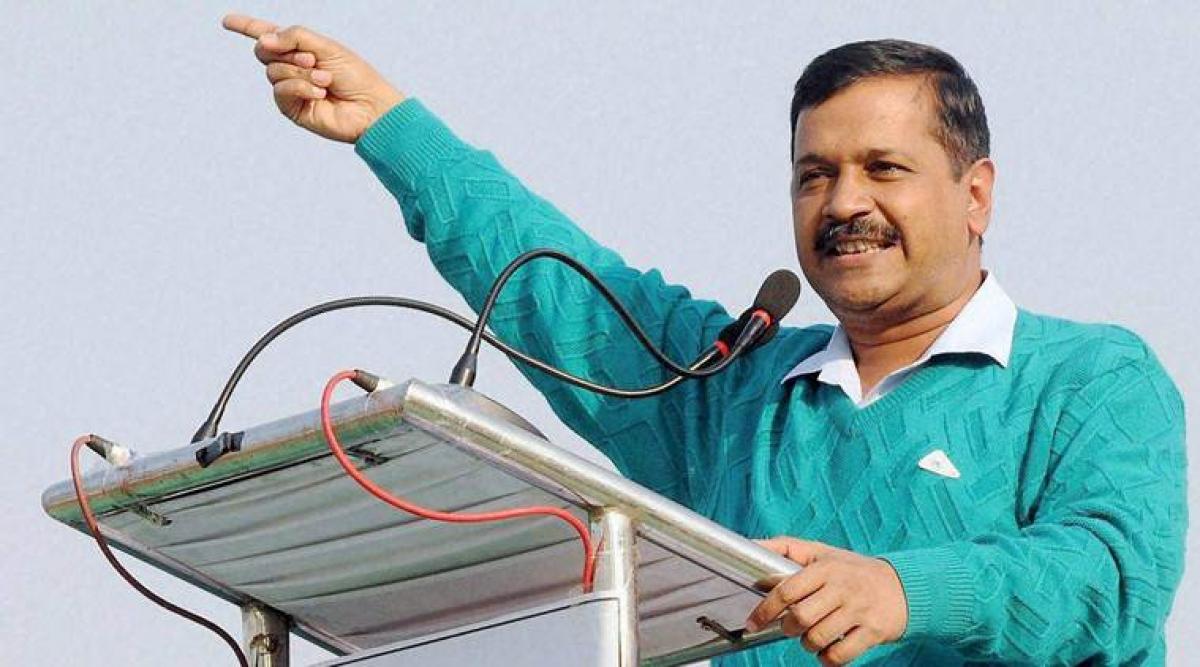 Taking its fight against BJP to newer pastures, Aam Aadmi Party led by Arvind Kejriwal will actively campaign against the saffron party in the Uttar Pradesh assembly polls, though it will not enter the electoral arena.

Lucknow: Taking its fight against BJP to newer pastures, Aam Aadmi Party led by Arvind Kejriwal will "actively campaign" against the saffron party in the Uttar Pradesh assembly polls, though it will not enter the electoral arena.

After completion of the election process in Punjab and Goa, where AAP will be contesting, all leaders including star campaigners, will concentrate on Uttar Pradesh to expose BJP, "which has betrayed the country and which is the biggest devil in national politics", AAP spokesman Vaibhav Maheshwari said.

Details of senior AAP leaders' tour programme will be worked out soon but almost all of them will campaign against the ruling party at the Centre so as to apprise the people of the real face of the BJP and tell them what all can happen if they are elected in the state, he said. A detailed itinerary will be released later in which AAP will apprise people of the "wrongs" committed by BJP although they will not seek votes for any party in the Uttar Pradesh polls, he said.

BJP is contesting the elections with demonetisation as the central issue and AAP has dubbed it as the biggest scam, Maheshwari said, adding this campaign (against BJP) can also be termed as a new kind of politics in which his party will be putting its energy and money into the elections in which its stands to gain nothing in terms of seats.

"This move is to ensure that Uttar Pradesh is not made to pay heavily in case of a wrong decision by the people as the state politics make a big impact on national politics, with the next Lok Sabha polls scheduled two years hence.

"We have to caution people as to how can a party which has proved to be a failure at the national level be a good option in the politically crucial state," he said. Although AAP is not in poll fray in Uttar Pradesh, it is contesting in Punjab and Goa where polling is slated for February 4. The seven-phase UP polls start on February 11 and ends on March 8 and AAP leaders will get enough opportunity to criss-cross the state, Maheshwari added.