An odd move to curb pollution 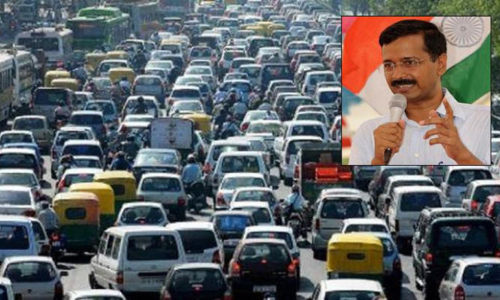 Delhi governed by the whims and fancies of Aam Aadmi Party’s  Chief Minister Arvind Kerjriwal and the National Green Tribunal (NGT) seem to be working...

Undeniably, the Union Capital has not seen a decrease in pollution levels but has lost nearly billion of rupees in the cacophony of “odd-even move to curb pollution” in the most unscientific whimsical manner. Indeed, Delhiites are spending more on commutating as taxis and autos charge more alongside their commutation time too has increased

Delhi governed by the whims and fancies of Aam Aadmi Party’s Chief Minister Arvind Kerjriwal and the National Green Tribunal (NGT) seem to be working on “truthiness”, things which are not true but one wishes were true, a term popularised by US comedian Stephen Colbert.

Undeniably, the Union Capital has not seen a decrease in pollution levels but has lost nearly billion of rupees in the cacophony of “odd-even move to curb pollution” in the most unscientific whimsical manner. Indeed, Delhiites are spending more on commutating as taxis and autos charge more alongside their commutation time too has increased.

This has harmed Delhi, National Capital Region (NCR) and possibly the nation immensely. The “truthiness’, an unscientific approach of Kejriwal to counter pollution, by introducing an illegal odd-even car days and imposition of arbitrary and unsanctioned by law a heavy Rs 2000 fine has led to a chaotic situation across NCR.

Also, it burdens the State government with an Rs 10.12 crore loss (Rs 67.50 lakh a day) in 15 days of this experiment as it has to pay Rs 4,500 additional to civil defence volunteers. Reportedly, AAP workers all they are doing is holding placards on Delhi roads, needless to say an indirect method for Party propaganda.

Shockingly, absenteeism in offices and other work places has increased by 10-15 per cent. This is not restricted to car owners only, even people who normally commute by metro or buses find these so overcrowded, preferring to give their work a miss. Remember, NCR car owners are not rich but are forced to have a vehicle of their own as public transport is awful.

One can only guess the losses in terms of wages and disruption to work. Add to this, the odd-even scheme has made Delhi police dysfunctional for something that is neither legally sanctioned nor ethical instead it has led to untoward harassment and humiliation of the common man. As also adding to cost for deviating the police from its regular law and order duty.

Who is to blame? Are cars the only ones causing pollution? What is the principle behind this policy? It stands to reason that vehicles and their users who add to pollution have to pay. Good logic. But who has allowed these cars to be manufactured? The same implementing agency, the State government which thrives on higher registration and parking charges. It has allowed these cars to be registered for 15 years according to the Motor Vehicle Act (MVA).

Notably, the MVA allows a person to drive his vehicle around the year. Surprisingly the registering agency itself is flouting the law by not allowing citizens to drive their vehicles. If it is so concerned about pollution it should order stoppage of production of all cars. Why does it not do so?
Clearly, Kejriwal’s utopian ideas do not work and is amplified by the way an MCD toll collector recently quit his job to cut losses. Already murmurs abound of ‘underhand’ payments made to implementers of the “super pollution tax” on heavy vehicles. Yes, if laws are terse, such deals are common.

Undoubtedly, one would have been happy had this exercise led to cut in pollution. According to BBC Wednesday last, the PM10 pollutant has risen to near 500 micrograms from 400 micrograms on 31 December 31, that too on days which saw 50 per cent less cars on Delhi roads. The BBC claim is supported by the Ministry of Earth Science’s website SAFAR which reported Delhi’s air with 466.1 micrograms of PM10 pollutants. The corresponding safe limit of is 100.

Moreover, even PM 2.5 pollutants have not shown any marked change, aver media reports. Wherein, the average level of PM 2.5 was around 180 microgrammes per cubic metre, three times above the safe limit of 60. Add to this, real time ambient air data of the Central Pollution Control Board and SAFAR websites do not show any decline in air pollution levels.

Importantly, Kejriwal and his team need to be honest on an issue that has rocked Delhiites. They need to admit their mistake albeit ‘misadventure’ which has jeopardized Delhi and study the method of calculating particulate matter.

Another noise was raised against so-called congestion in Delhi. It led to a steep rise in parking charges from Rs 5 to Rs 100. Today, the parking mafia is thriving and the nation is buckling under the pressure of the not-so-honest campaigners.

In sum, the Central Government and experts need to be cautious on this fictitious campaign. A probe must be ordered into the functioning of NGT, AAP Government and all others who are raising false bogies.