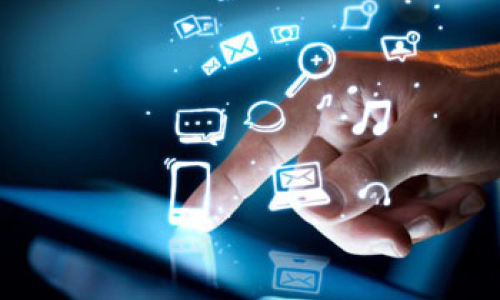 Racing against time to realise the \'Vision 2020\' former president APJ Abdul Kalam conceived in 1996, India has embarked on a similar exercise for 2035, betting on emerging technologies to overcome major challenges it faces in ensuring inclusive growth and improving quality of life in the country.

Bengaluru : Racing against time to realise the 'Vision 2020' former president APJ Abdul Kalam conceived in 1996, India has embarked on a similar exercise for 2035, betting on emerging technologies to overcome major challenges it faces in ensuring inclusive growth and improving quality of life in the country. "Technology is a key driver to empower individuals, societies and countries, facilitate development and enhance capabilities, while taking advantage of the democratic dividend," says an official document on 'Technology Vision 2035'.

The 100-page document, released by Prime Minister Narendra Modi at the 103rd Indian Science Congress in Mysuru, attempts to envision the country's technology future, using as analogy of four gaits of a horse - galloping, cantering, trotting and walking India. The document articulates a vision for all Indians in 2035 and how technology will bring it to fruition, keeping in view basic needs of security, prosperity and identity of the population, projected to be 153 crore from 120 crore in 2012.

"No other country will be able to match India in terms of diversity, which is its core strength. Besides diversity in culture, the country is blessed with socio-economic, demographic, topographical and agro-climatic diversities," the report by the Technology information, forecasting and assessment council (Tifac) asserted.

As an autonomous body, Tifac is a think tank under the science and technology department of the central government. It identified 10 major challenges requiring attention, resources and solutions in the next two decades for the benefit of people. The key challenges are development, empowerment, inclusiveness, sustainability, environment, education, health, urban infrastructure, resources, socio-economic policies, solutions, electronic communication and quality research.

The council, under the chairmanship of top nuclear scientist-cum-technocrat Anil Kakodkar, identified 12 sectors to realise the grand vision in the next 20 years, spanning education, medical sciences and healthcare, food and agriculture, water, energy, environment, habitat, transportation, infrastructure, manufacturing, materials and information and communication technology (ICT). "The vision 2020 was envisaged in the backdrop of liberal reforms since the early 1990s, when the country was emerging from economic bankruptcy.

It, however, provided directions for national initiatives in science and technology to make India a developed country by 2020 through affirmative action in 16 sectors across the spectrum," Tifac executive director Prabhat Rajan noted in the report. Admitting that the 'Technology Vision 2020' was a prisoner to the imagination of its own times, Rajan said the document was from the viewpoint of 1996 while that of 2035 was from the standpoint of 2014.

Though the country galloped in some areas and cantered to keep pace in others, it trotted in a few but could not walk the talk in many areas in time for various reasons, internal and external. "While technological advancements in other countries and embargoes have helped or impeded our growth, our prowess has made us confident gainers in some sectors. Lack of indigenous technologies in other sectors has left us behind," Rajan noted.

For instance, the country galloped in the services sector, led by IT, but not so in the manufacturing sector, where the country's expertise remained at the basic or intermediate level of technology due to lack of adoption in design and execution. In the past two decades, India galloped in space, nuclear and missile technologies, life sciences and biotechnology, cantered in civil aviation, services and road transportation but trotted in food and agriculture, manufacturing and electronics.

Flagging of the five-day science event on January 3, Modi told about 12,500 stakeholders that the biggest challenge would be pressure on resources as they were limited and non-renewable like fossil fuels. "I am confident that emerging technologies like nano, bio, robotics, sensors, artificial intelligence and cognitive sciences hold the potential to provide solutions to the challenge of limited resources," he said.