A cry in the wilderness 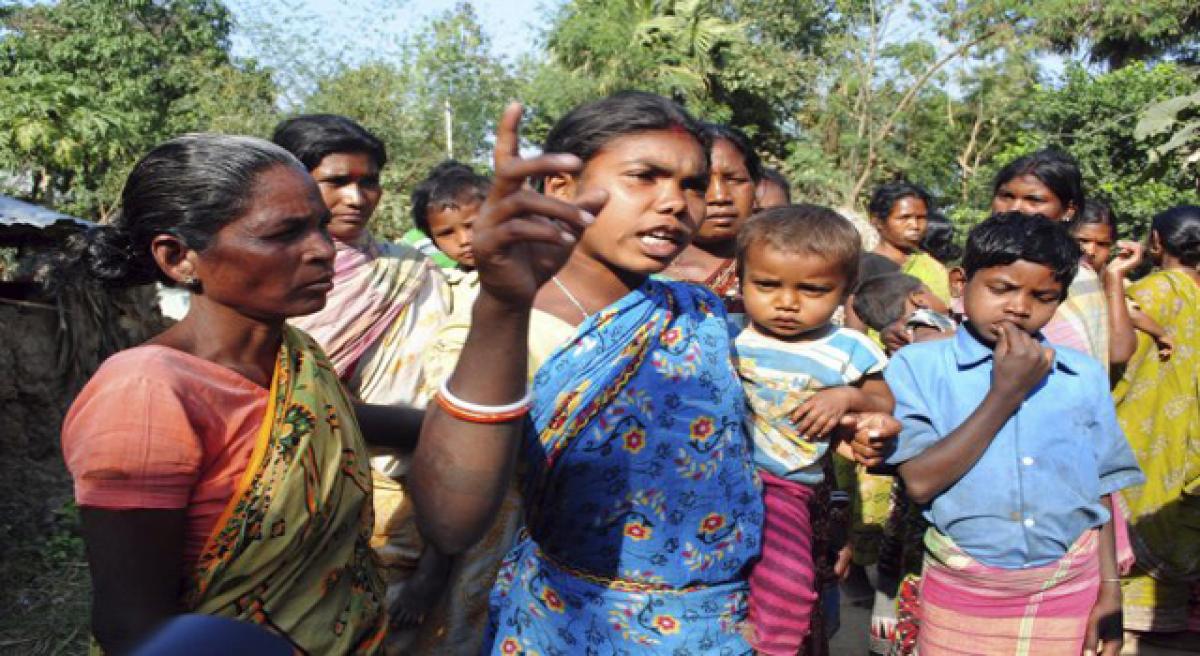 The Compensatory Afforestation Fund (CAF) Bill 2016 recently approved by Parliament, enabling the States to spend the accumulated fund of Rs 42,000...

The Compensatory Afforestation Fund (CAF) Bill 2016 recently approved by Parliament, enabling the States to spend the accumulated fund of Rs 42,000 crore for compensatory afforestation (CA), will not only jeopardise the livelihood rights of Adivasis, but also affect the very objective of rejuvenation of natural forests in lieu of loss of forests due to diversion.

The State is under legal obligation to claim the CAF from user agency in lieu of diversion of forest land or de-reservation of forests for non-forest purposes under the Forest Conservation Act 1980. There are specific guidelines to calculate the costs of Net Present Value (NPV) of forests, CA or Additional Afforestation (AD).

As per the fixed rates of Supreme Court in 2008, the NPV rates vary from Rs 10.43 lakh to Rs 4.38 lakh per hectare for non-forestry uses of land falling in different eco classes and density of sub classes. Similarly, the NPV for the use of forest land falling in the national parks and wildlife sanctuaries, is 10 times and 5 times respectively of the normal rates of NPV.

The new legislation enables AP government to claim its due share of Rs 2,230 crore and Telangana can claim more than Rs 1,000 crore from the unspent amounts lying with the Government of India (GoI). As per the existing guidelines under the Forest Conservation Act, 1980, the Compensatory Afforestation (CA) shall be normally done over an equivalent area of non-forest land.

In the case of revenue lands or revenue forest lands, a notification under the Forest Laws shall be given for reservation of forests. However, in the case of non-availability of these categories of lands for creation of CA, it will be acceptable in other category of forest lands when the States having area of forest land more than 33 per cent of their geographical areas as per the stipulated condition by MoEF & Climate Change (GoI) in 2014.

This condition restricts the Telangana and Andhra Pradesh to create CA in forest lands because the notified forest area is 24.35% in Telangana State, while in AP it spreads over 22.73 per cent of the total geographical area. There are several instances to quote the deviations of MoEF orders in case of diversion of forest lands or creation of CA to balance the loss of forests.

As per the reports of MoEF (2013), the Government of AP diverted forests land in an extent of 14,208 ha, but no certificate was obtained to show non-availability of non-forest land for creation of CA in other lands. Thus, forest clearances were obtained for diversion of forests without any requisite certificates from the Chief Secretary of the State concerned.

As per the Audit Report of the Controller and Audit General (CAG) of India-2013, the total forest land diverted during 2006-2012 in combined AP was 13,775 hectares, while the non-forest land received was only 9,512 hectare for creation of CA which constitutes the shortage of 30 per cent. Thus it shows that the State is failing to regenerate forests in lieu of diversion of forests lands for the projects.

In complete violation of the provisions of Forest Conservation Act, the Singareni Collieries in Telangana conducted mining operations over 278 hectares of forest land without forest clearances and APSEB in AP was also allowed for diversion of forests lands in national parks and sanctuaries by flouting the specific orders of Supreme Court.

The MoEF & CC has been giving executive orders from time to time for simplified procedure for felling of trees in the name of execution of linear projects or public utility or security arrangements etc bowing to the pressure of States. Even an order was also issued diluting the spirit of Forest Rights Recognition Act by MoEF & CC in 2015, exempting the role of Gram Sabha in giving its consent to clear the forests for linear projects.

Adivasis whose source of livelihood is intertwined with forests and common property resources being affected both in the forest areas chosen for diversion for non-forest purposes and also for creation of compensatory afforestation in either forest or other category of lands. The customary laws of Adivasis are changed by legislative fiat and restrictions imposed on their usage through CAF Bill or other stringent forest laws.

The very legal basis of Compensatory Afforestation Fund (CAF) Bill 2016 is weak and also against the fundamental rights guaranteed under the Constitution of India. The Bill enables the State forest department to spend the 90 per cent of the amounts arising out of the diversion of forests for non-forest purposes.

As per the provisions of Forest Conservation Act 1980, no forest land shall be converted for non-forest purposes without a prior approval from the central government. In the light of this provision, a legal principle was evolved to deposit the costs of Compensatory Afforestation (CA), Net Present Value (NPV) etc in lieu of diversion of forests.

The principle to pay the costs for diversion of forests for non-forest purposes stands on a weak legal foundation mainly because the forest does not mean only trees, wildlife, but also Adivasis or other traditional forest dwellers whose survival is intertwined with the forest resources. The State with its extravagant unbridled sovereign power is prepared to hand over the forest land to user agency for non-forest purpose, unmindful of the potential liability to protect the interests of Adivasis who have symbiotic relationship with forests.

The Apex Court in MC Mehta Vs Kamalnath case in 1997 held that the public has a right to expect certain lands and natural areas to retain their natural characteristics. However, the State is following the neoliberal economic models and giving clearances for diversion of forests for non-forest purposes on one hand and diluting the very natural characteristic of forests by accepting the artificial monoculture plantations in the name of compensatory afforestation.

The Public Trust Doctrine invoked by the Apex Court, the State is a trustee to natural resources and enjoins upon it to protect the resources for the enjoyment of the general public rather than to permit their use for private ownership or commercial purposes. However in practice the State is committing a blatant breach of public trust by handing over the ecologically fragile lands to user agencies.

It may be mentioned here that the National Forest Policy-1988 aims at ensuring environmental stability and maintenance of ecological balance which are vital for sustenance of all life forms, human, animal and plant. The policy in specific ensures to meet the requirements of fuelwood, fodder, minor forest produce and small timber of the rural and tribal populations.

The Supreme Court in WP No 26691 of 2010 held that the Forest Policy has a statutory flavour. The non-fulfilment of the principal aim would be violative of fundamental rights ensured under Articles 14 and 21 of the Constitution.

The principle for payment of costs for diversion of forest lands is based on the “polluter pays price” principle. But the principle laid down by the Supreme Court in Indian Council for Environ Legal Action Vs of Union of India lays emphasis that "The polluter is liable to pay the cost to the individual sufferers as well as the cost of reversing the damaged ecology.”

But the Compensatory Afforestation principle is mandating the user agency to pay the clean up costs of forests but not civil liability to pay to the people affected by the diversion of forests.
The fundamental right to life under Article 21 of the Constitution includes the right to healthy environment and right to livelihood.

The laws in force for compensatory afforestation fulfil only a part of this right negating the right to livelihood of adivasis. Thus a law has to be developed to construct a new principle of liability to deal with forests when diversion of forests has arisen and which is likely to affect not only forests but also ecosystem people.