No once bitten twice shy for TPCC 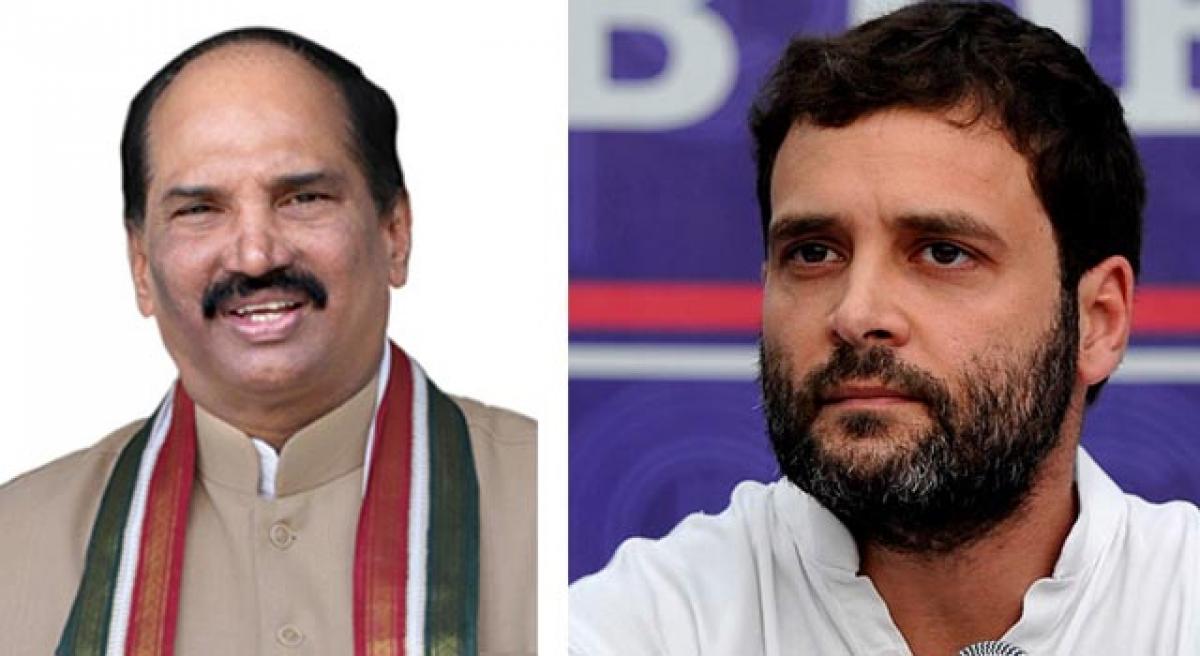 It is three years since the historic bill to carve out Telangana State out of Andhra Pradesh was passed in the Lok Sabha amid din and strong protests...

It is three years since the historic bill to carve out Telangana State out of Andhra Pradesh was passed in the Lok Sabha amid din and strong protests by members from Seemandhra region.

However, in a major blow to their calculations, the Congress party, which expected a windfall because of its ‘historic’ decision was decimated in the elections that followed.

The time for the next elections is not very far, but the party does not seem to have gained much of the lost ground. The state unit is still mired in internal bickering even as there is utter lack of coordination at the ground level. To make matters worse, there is an absence of effective leadership.

Though there are many leaders with over three decades of political experience and those who have seen good and bad times, there is none to give a proper direction to the party.

Despite witnessing success of a near-united fight on the issue of land acquisition under Mallannasagar project, the party has failed to realise the need to put up a united fight against the government.

The party could not corner the government on any issue in the Assembly during the winter session. Barring the agitation for Mallannasagar, it did not put up any effective show on any other issue.

The party has deep roots and still enjoys a certain percentage of vote bank of its own though at the moment it may not be in a position to catapult them to power.

If the party takes up the fight against the government in a focused manner, it has the capacity to emerge as a major opposition with considerable number of seats in the 2019 elections. However, there appears to be no such effort by the leadership.

Unfortunately, even the AICC is not trying to set its Telangana house in order. Some national leaders like Digvijay Singh, Koppula Raju and others have been coming to the state quiet often but have not been able galvanise the party to any meaningful level.

Dissension and fight for supremacy came to the fore with the recent outburst of party senior leader from Nalgonda, Komatireddy Venkat Reddy. What made Reddy angry was an observation in a survey report, taken up at the behest of the TPCC president about the party’s political fortunes in the State.

According to the report, the party is said to be strong in about 77 Assembly constituencies. However, the report is understood to have said that the party was weak in Bhuvanagiri and Nakrekal, which fall under the domain of the Komatireddy brothers.

Komatireddy’s reaction was too sharp and now the state party is contemplating to ask AICC to take disciplinary action against him. They had also drawn the attention of the AICC general secretary Digvijay Singh towards the “intemperate” behavior of the leader from Nalgonda.

Worried over the party situation in the state, the AICC vice-president Rahul Gandhi is learnt to have decided to focus his attention on the affairs of the party in Telangana. He is contemplating to visit the state as frequently as possible and address public meetings.

The operation ‘revival’ is expected to begin soon after elections to Uttar Pradesh are over. But with general elections still about two years away, the party needs to ensure that its flock continues to remain with it.

The TRS party has succeeded in winning over some of its MLAs and also party rank and file at the grass-root level. Any more poaching could sound the death-knell for the ‘still in limbo’ Congress party in Telangana State.