Into the black hole of digital economy 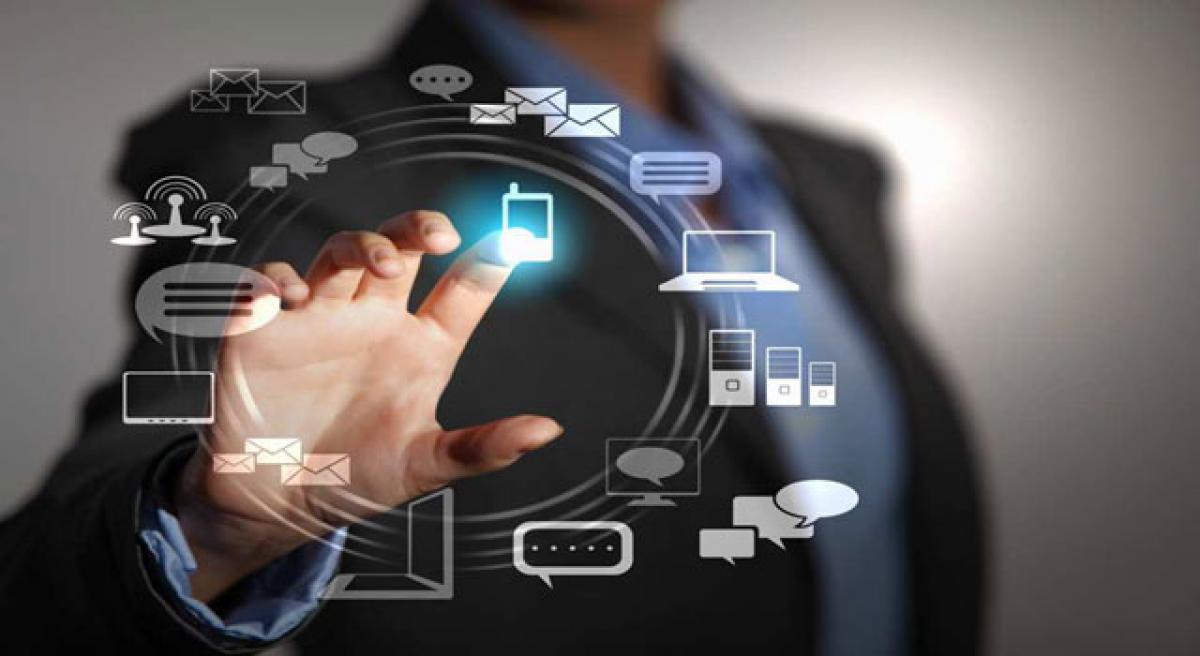 Prime Minister Narendra Modi had said that delay in adoption of the digital economy was due to the mindset of the people. He wants to take India fast...

Prime Minister Narendra Modi had said that delay in adoption of the digital economy was due to the mindset of the people. He wants to take India fast in emulating the global trend towards elimination of cash. The first argument in favour of a cashless economy is that it will spur economic growth. Digital payments provider MasterCard has estimated that India will gain 1.5 per cent of GDP by going cashless.

Visa has estimated we will gain Rs 70 k crore per year. These estimates, it appears, do not account for all the costs of going digital. Actually digital economy is very expensive. The Reserve Bank of India (RBI) gets an interest free loan when it issues a currency note. Say, Mr X transfers a sum of Rs 2,000 to the RBI and collects a note of that amount today.

The RBI will have to repay the same Rs 2,000 to him after five years. Had Mr X left the money in a bank account, the bank would have to pay him an interest of about Rs 400 during this period. The savings of the cost of printing that note is miniscule in comparison to this saving of interest. Then there are hidden costs of digital transactions such as buying a mobile handset and data pack and the time taken to complete a digital transaction.

The second argument in favour of cashless economy is control of crime. Sweden has long embraced cashless economy. That did not prevent the Bofors scam. President Bush of the United States froze accounts of a large number of suspected terror entities in the aftermath of the Al Queda attack on the World Trade Tower. That has not prevented the ISIS from developing a well-oiled alternate finance system.

Third argument is that of black money. Knowledgeable persons estimate that only 6% of black money resides in cash in India and the rest is in properties, bullion, stocks, bonds and foreign bank accounts in exotic locations such as Switzerland, Singapore and other offshore tax havens. One builder recently said, “You will not find any cash in my office”. Fourth argument is to prevent tax evasion. China has asked banks to report transactions of $ 50,000 now against $200,000 previously. Indeed reporting of cash transactions can leave a trail for the taxman to pursue.

However, the taxpayers have found ways of going around this. I spoke recently with half a dozen people connected with businesses in Kolkata, Kanpur and Mumbai. All said that businesses have found ways of going around the restrictions being placed by the government. Transactions are being split into smaller lots to avoid reporting. They are being routed through bank accounts of employees. Cash transactions are now being undertaken in new notes.

Many are hopeful that GST will restrict cash transactions. I think the opposite is the case. At present a factory undertaking No 2 transactions has to manage two taxmen state sales tax and Central excise duty. They will have to manage only one taxman after rolling out of the GST.

It is argued that a single transaction entering the “white” system will expose the entire chain of transactions and prevent No 2 business. But precisely such a system is already in operation in VAT and Excise Duty setoff. These setoffs have not provided incentives to abstain from No 2 business, GST will not provide either. A parallel No 2 system is already in operation.

The stated purposes of cashless economy are all defeated. Cashless will hurt growth by depriving the RBI of interest-free deposits obtained against the issuance of currency notes. It will not control crime as shown in the ability of ISIS to raise finance. No 2 business will be undertaken in a parallel system. Some small reduction in these nefarious activities may take place but that will be like a drop in the ocean.

Why then are the developed countries moving towards cashless economy? Sweden is already cash-free, Denmark will be cash free in the course of this year, Norway and South Korea are slated to become cashless by 2020. Reason is that these countries have near-zero interest rates. The Bank of Japan charges 0.1 per cent for accepting deposits. A person depositing 1000 Yen today will get back 999 Yen after one year.

These Central Banks do not have to pay interest on the deposits. Cashless is beneficial for them because they save the cost of printing currency notes. Our conditions are different. One, our interest rates are positive. Thus cashless means higher burden on the RBI. Two, cashless is okay for the formal sector but hurts the informal sector which is huge in our country.

A report from Center for Terrorism and Security Studies cited above says that the cashless drive has choked the economy of Somalia: “Legitimate clients are unable to meet the more stringent customer due diligence requirements”. In Afghanistan, “a decade of misguided engagement with financiers has led to the marginalisation of the very sector that could contribute to the growth of the economy and to lifting the country out of poverty.” Demonetisation has hurt the informal sector the most.

The third reason is that our taxmen are generally corrupt. Restrictions on cash transactions provide them with another opportunity to collect bribes. Fourth reason is that our people have a penchant for gold. Cashless economy will push them to keep their savings in gold or foreign bank accounts. This is a global tendency. The global supply of gold is persistently increasing from 3252 tonnes in 2006 to 4306 in 2015.

The government must institute a spy system to proactively trap corrupt taxmen as was suggested by Kautilya. Promotions of taxmen should be subject to confidential public feedback. 10 per cent of the suspected most corrupt officers should be dismissed every year. Prime Minister Modi may be leading the country into a slowdown by mindlessly embracing a cashless economy while looking the other way on the rampant corruption in tax administration. (Author was formerly Professor of Economics at IIM, Bengaluru)