Focus must be on affordable housing: HDFC chairman 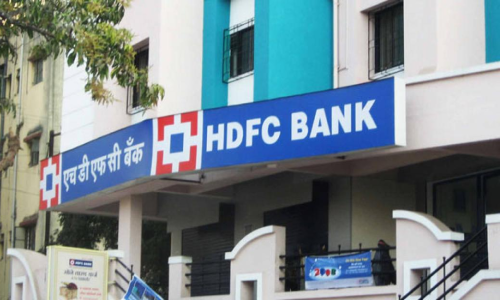 New Delhi (PTI): Terming the home prices as highly inflated in the country, including in smaller cities, industry leader Deepak Parekh on Friday asked builders to focus on affordable housing, rather than luxury homes, and said it is a dangerous thing to lend aggressively to developers. Parekh, chairman of the country's largest housing finance company HDFC, also asked the home buyers to be cautious of 'too-good-to-be-true' offers from the property developers and warned them against schemes where builders claim of paying interest on the borrowers' loans.

The eminent banker also asked the financing companies to stay away from innovative and aggressive loans, including teaser rates where the interest rates rise gradually and lending money to developers at the same rate as being offered on individual home loans. While lauding the growth in the home finance market over the years, Parekh in his annual letter to shareholders of HDFC said: "As a basic tenet, construction finance entails higher risks and, therefore, such risks have to be built into the pricing.

"Construction finance should not, through any innovative structuring be available to developers at the rate of interest being offered on individual home loans. Further, complete up-fronting of construction finance to developers, even before the ground is broken is dangerous," he said. Parekh also said the country continues to face an acute housing shortage, but prices continue to remain high.

Having spent so many years in this business, one recognises that one's voice can never be loud enough when so many vested interests exist as far as land markets are concerned. Nonetheless, I am of the firm belief that one must not give up or be beaten down to silence. "At the cost of perhaps now sounding like a broken record, I continue to hold the stance that increasing supply is the only way home prices can come down in India. Even in Tier II and Tier III cities, home prices are inflated," he said.

Talking about the interest rates where banks offer a low rate at the beginning and later increase them for the home loan borrowers, Parekh said such products were risky and should be avoided."To my mind, teaser products, of any nature entail risks. Customers need to be cautious of 'too-good-to-be-true' type of products. Borrowers must not be blinkered into believing that there are no risks when developers offer to pay interest on a borrower's loan for a specified period.

"Borrowers have to be cautious because in the event of a developer delaying payment, the credit bureau reports will reflect this in the borrower's records, thereby impacting his or her creditworthiness. "Ultimately, developers need to recognise that in the long-run, it is to their advantage to allow a correction in prices which will help their cash flows," he said. On positive side, Parekh said the housing finance sector in India has never been more stable and this puts the future of the business on a surer footing.

During the last fiscal, the growth in individual home loans was strong and the demand for home loans is immense given the acute shortage of housing, he said. Being increasingly convinced that the worst is probably behind us, the future outlook for the housing finance sector is extremely promising. Nonetheless, it is important to safeguard the housing finance market and ensure that it continues to grow in a prudent manner. Regulators need to be vigilant and have their ear to the ground. Customers must understand the risks entailed in the products they opt for and lenders should fulfill their obligations of responsible lending.

"Red flags must be raised if schemes or products are detrimental to the system as a whole. Unhealthy business practices can infiltrate into the system due to the herd mentality instinct and business compulsions.

"However, such breeding grounds must be nipped in the bud," said Parekh, who has been on numerous advisory panels of the government and regulatory authorities. Parekh said the government has been supportive of the housing finance sector through continued fiscal incentives on both, the principal and interest component of a home loan. In the Union Budget 2013-14, the first time homebuyers were allowed an additional one-time benefit of interest deduction up to Rs 100,000 on a home loan.

"The avenues for raising long-term funds for housing finance companies have improved significantly. Earlier, long tenor funding was hard to come by. However, the opening up and growth of the insurance sector in India has increases the investor appetite for long-term bonds has increased," Parekh said. "The investor base in the bond markets too has widened to include banks, insurance companies, pensions and provident funds, mutual funds and foreign institutional investors. Bonds now constitute an important source of funding for housing finance," he added.