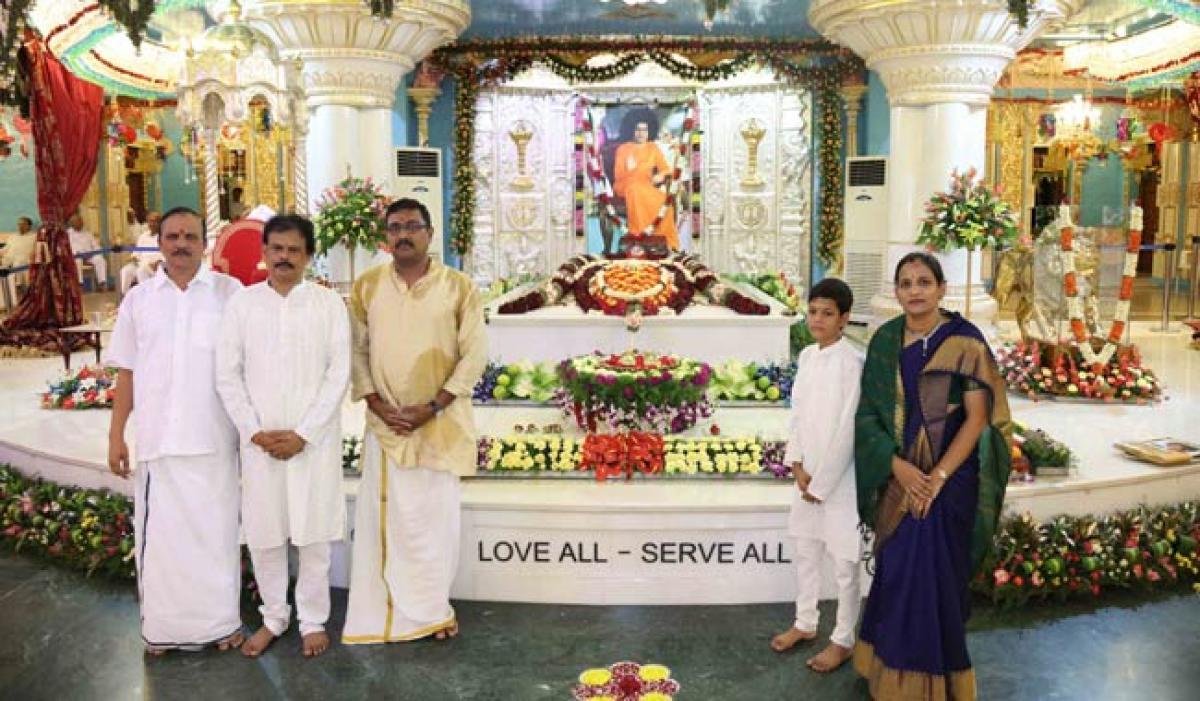 This evening, Raju began with Muthuswami Dikshitar's Mahaganapatim... and went on playing for over an hour presenting variety of numbers that included a couple of Prasanthi Mandir Bhajans, ending with "Bho Shambho Swayambho..." Raju was accompanied by his wife Mrs. U Nagamani on Mandolin, Kalaimamani Vaikom R Gopalakrishnan on Ghatam, Chertalai R Ananthakrishnan on Mridangam alongside Master U Jai Vighneshwar, son of the Mandolin couple.

Bhajans, the Divine Voice singing Manasa Bhajare Guru..… played through the Public Address system and Mangala Arathi next marked the end of session at 1855 Hrs.​