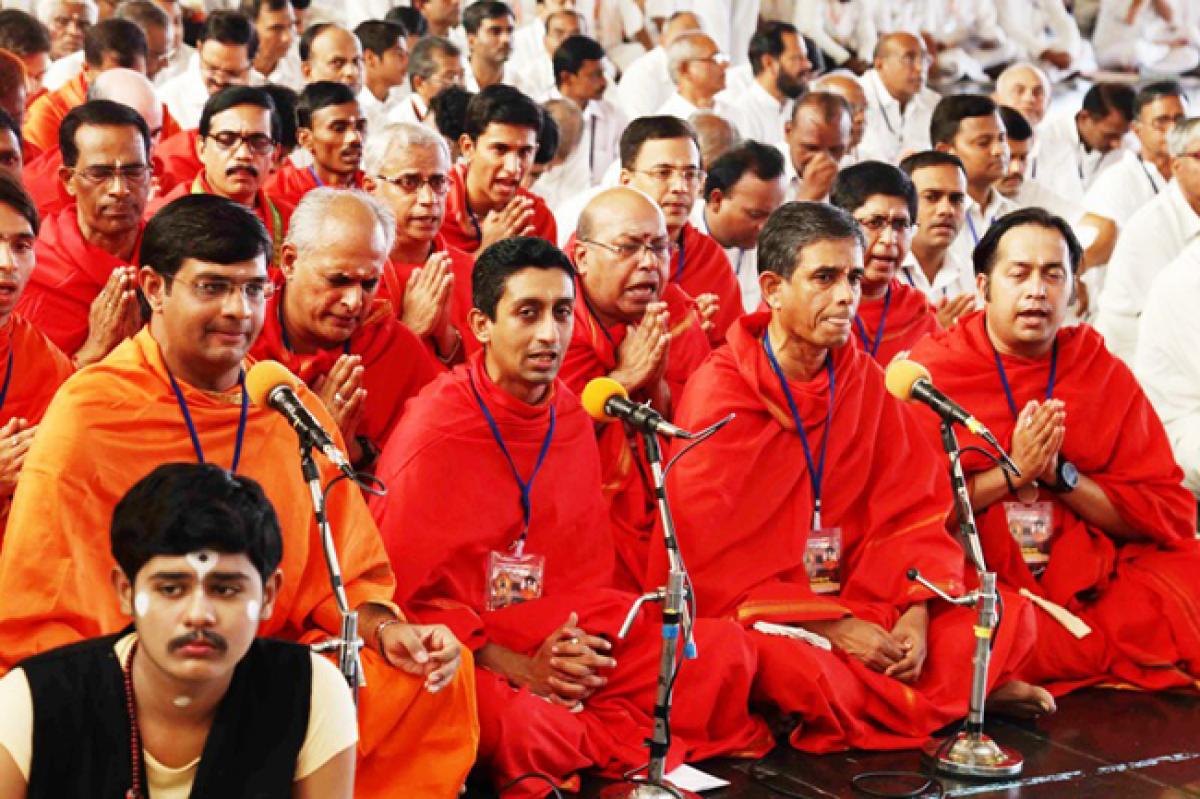 Don\'t run after God; instead make him a permanent Resident in your heart. This line of wisdom stands logically correct in terms of winning The Ultimate Goal of salvation.

Don't run after God; instead make him a permanent Resident in your heart. This line of wisdom stands logically correct in terms of winning The Ultimate Goal of salvation. The land that is often proclaimed as the 'Land Of The Saints', Maharashtra, is superlatively rich with such towering personalities, who with their unique mode of devotion have won the Heart of the Supreme Divine. One such name is that of Sant Savata Mali, who lived during the early 12th century.

This evening, on the auspicious occasion of Ashadi Ekadashi, Balvikas children from Yeotmal District of Maharashtra offered a Dance Ballet on the illustrious life of Sant Savata Mali.

The presentation ensued from an interesting discussion between two holy rivers, Chitravathi and Chandrabhaga, as Chandrabhaga was waiting for someone holy, who turned out to be Sant Savata Mali. To a curious Chitravathi, Chandrabhaga narrated the illustrious story and thus the story-line.

The great devotee, despite being geographically so close from Pandharpur, refrained from going to Pandharpur, reason being recession in crops in the area. Instead, he professed that his field and everything belongs to his Lord Vittala, constantly engaged in remembering his Lord.

Showcasing the story, many interesting scenes from the life of Savata Mali was shown, that included, how, finally Savata Mali won the Heart Of his Lord, Who appeared in person seeking 'asylum' in his pure heart.

It turned out to be a devotional Maratha evening, with the Name of Vittala reverberating in the Prasanthi air incessantly.

Bhajans continued and the session came to a conclusion at 1615 hrs with Mangala Arathi to Bhagawan.