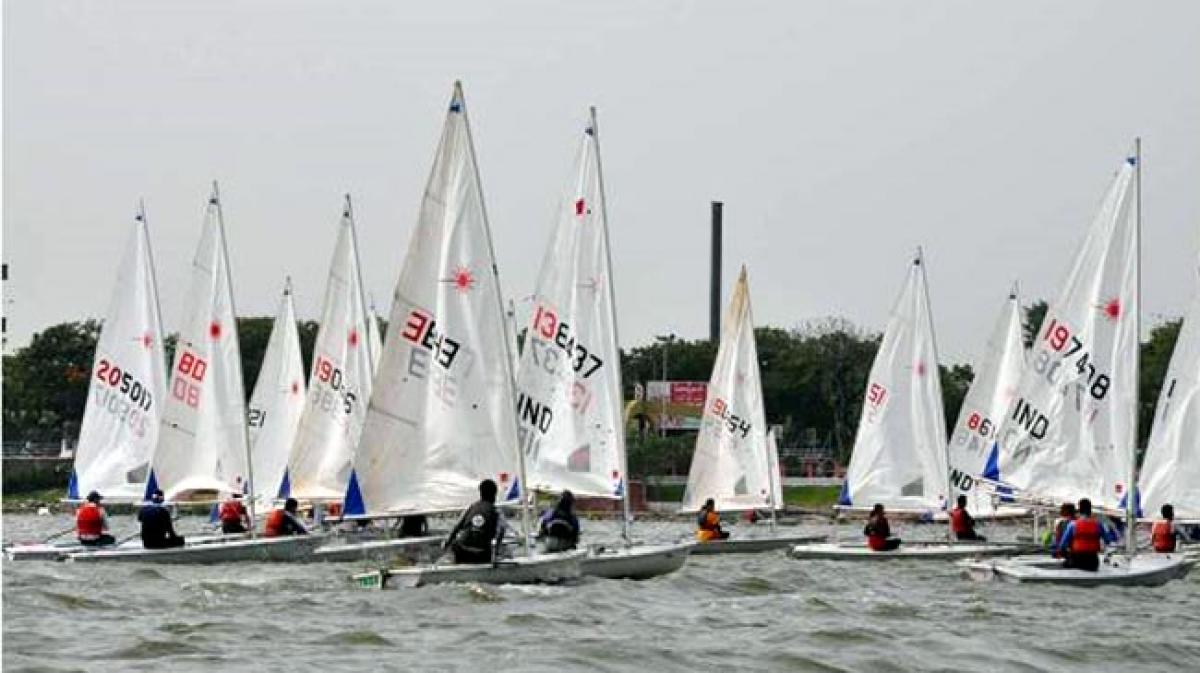 The onset of monsoon will see the biggest congregation of sailors in the country in the form of  the ‘Hyderabad Sailing Week’ being conducted at Hussain Sagar Lake, from 22nd Jun 2016 to 02nd Jul 2016.

Hyderabad: The onset of monsoon will see the biggest congregation of sailors in the country in the form of the ‘Hyderabad Sailing Week’ being conducted at Hussain Sagar Lake, from 22nd Jun 2016 to 02nd Jul 2016. The 2016 Edition of Hyderabad Sailing Week will be a land mark event for the Laser Class Association of India as the competition graduates from Laser Class to a Multi Class event. For the first time the event will include all Senior & Olympic class boats sailed in the country like 470, RS : X, Hobie 16 and Enterprise class along with the most popular Laser class sailed in all three versions.

Lieutenant General Gurmukh Singh, President Laser Class Association of India (LCAI) apprised that, “Hyderabad Sailing Week-2016 is an important mile stone for LCAI because for the first time we shall be seeing a Multiclass Championship”.

Top national level sailors will be competing in the event, many of whom will go on to compete in Asian Games, World Championships & Olympics.

Major General Sanjeev Khanna, Vice Commodore, EMESA, a national medalist himself, informed, “This year we shall be seeing a record number of participants and the figure is expected to go beyond 200 which will be first ever for any senior class in the country”.

LCAI was founded in 1986 with a view to promote sailing in the country. Hyderabad Sailing Week is an annual feature organized by the LCAI. EME Sailing Association was formed in 1964. The sailing association has produced a No. of medal winners both at national international levels. In the coming weeks we can expect the picturesque Hussain Sagar lake to be abuzz with Sailing activities filled with more than 200 different type of boats. A Green Brigade Walkathon is being organized to generate awareness of Swachh Bharat Abhiyaan.