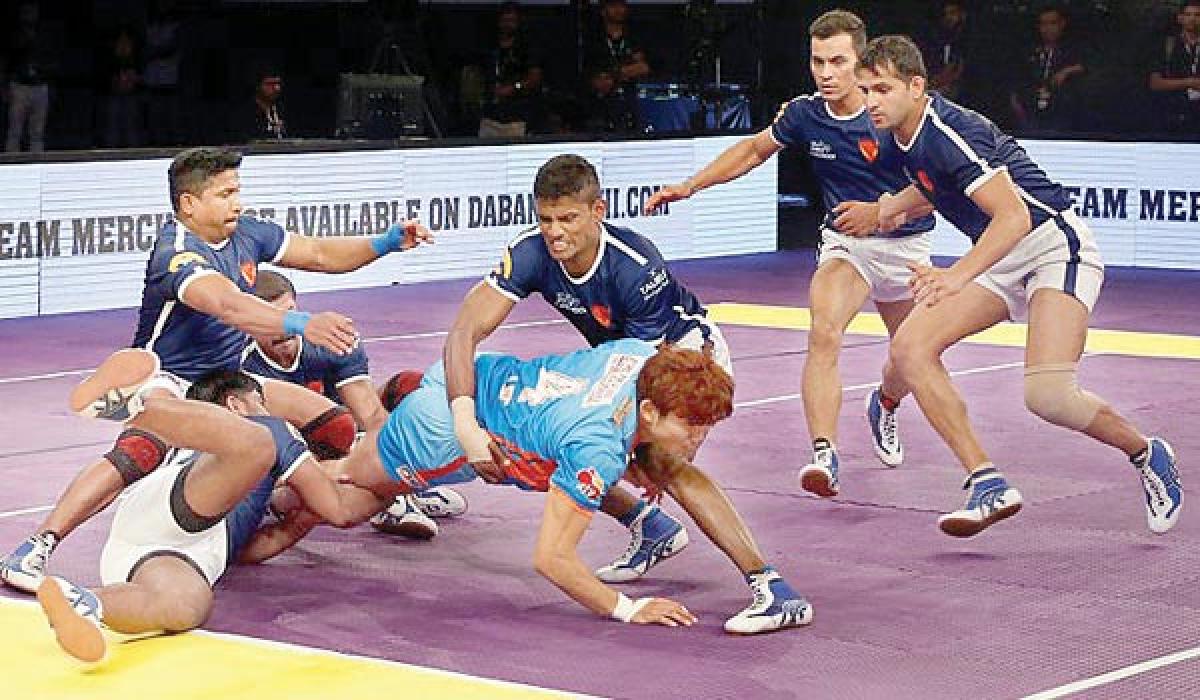 Kashiling Adake scored 13 points as Dabang Delhi are now seventh in the league with 26 points from 11 games whereas Bengal Warriors finished their season in the last spot with 26 games from 14 games.

Kashiling Adake scored 13 points as Dabang Delhi are now seventh in the league with 26 points from 11 games whereas Bengal Warriors finished their season in the last spot with 26 games from 14 games.

Delhi sent Jang Kun Lee to the bench in the first minute as they led 2-0 after two minutes. They led 4-1 in the fifth minute as Selvamani scored his first raid point.

Bengal Warriors struggled to get their foot in the game as they trailed 1-5 and reduced to just three men. Jang Kun Lee scored a bonus point in eighth minute but Delhi inflicted an all out in the 10th minute as they led 10-4.

Kashiling in stellar form in the first half and scored his fifth point as Delhi led 14-5 in the 13th minute. Bengal Warriors' defence had an abysmal first half as they failed to score a single point in the first 15 minutes.

They finally opened their account with a super tackle in 16th minute as they trailed 7-15. It was 20-9 in the 18th minute as Dabang Delhi KC forced another all out. Delhi ended the first half with a commanding 11-point lead as they went into the break 21-10.

Delhi began the second half strongly as Kashiling achieved a super 10 in 24th minute as his team led 26-12. He continued to pile on more misery on Bengal Warriors and scored a two-point raid in 29th minute. The hosts then inflicted another all out in the next minute to lead 33-13.

With five minutes left, Delhi continued their dominance and led 39-17 after 37 minutes as Selvamani scored a two-point raid. Bengal Warriors' defence had a disappointing game and they failed to put any sort of pressure on Delhi raiders.