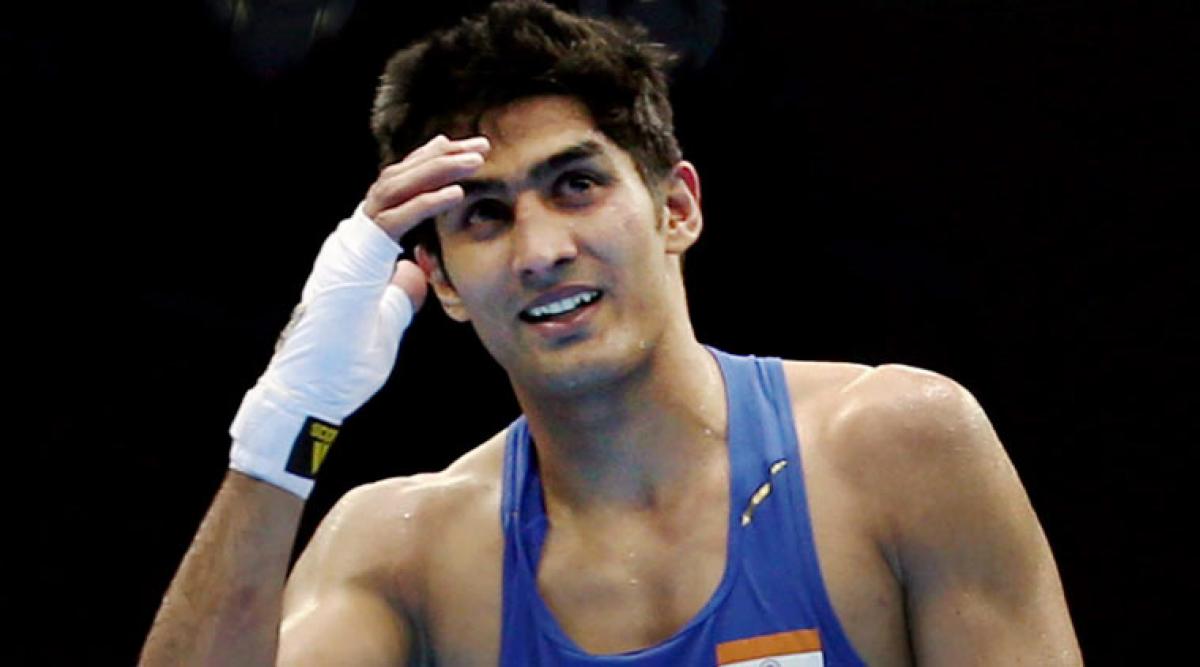 Philippines has a glorious history in boxing - Gabriel \'Flash\' Elorde was its superstar in the 1960s. However, the sport began to lose its popularity after him, and it was not until the arrival of a young Manny Pacquiao that it once again regained its past glory.

Philippines has a glorious history in boxing - Gabriel 'Flash' Elorde was its superstar in the 1960s. However, the sport began to lose its popularity after him, and it was not until the arrival of a young Manny Pacquiao that it once again regained its past glory. The 37-year-old is a superstar in every sense of the word. From boxing his way to titles in the ring to winning elections to acting in movies and television shows to singing in his own music album—Pacquiao has done it all.

Indian boxing needed a superstar as well, a national icon, who would inspire generations to take up the sport. Every Indian boxing icon India has had, belonged in amateur boxing and pro boxing still remained a less-traveled path. In fact, when Vijender Singh announced his decision to move to professional boxing a lot of eyebrows were raised, and some even questioned his patriotism.

But much like Pacquiao, Vijender has been the poster boy of this sport in this nation. He voluntarily took up a role in the Haryana police department, made numerous on-screen appearances in reality shows on television, made his Bollywood debut in 2014, apart from providing the nation with its first Olympic medal in boxing. So when he, eventually, made the switch to pro boxing last year, it seemed like a natural progression for someone like him into a sport which celebrates stardom and show-stoppers like few others.

The Thyagraj Sports Complex is no Madison Square Garden, yet the jam-packed stands in Delhi on Saturday, in a nation which is barely acquainted with pro boxing, provides hope for the future of this sport. Pro boxing's popularity has been on the decline since the surreally hyped bout between Manny Pacquiao and Floyd Mayweather, which was billed as The Fight of the Century, turned out to be the biggest disappointment since the Y2K bug. Following the retirement of Mayweather and Pacquiao, pro boxing was in need of a new icon, someone who can be the poster boy, and Vijender Singh could prove to be the heir. If not in terms of accomplishments of the duo, then in terms of popularity.

"I don't want to compare myself to a legend like Pacquiao, but if I can achieve even half of what he has, I will consider myself successful,” Vijender Singh had said last year, at the start of his professional boxing career. He sounded almost apologetic—starkly different to when he had claimed that he would have put up a better fight against Mayweather after their big fight a month before. Yet, both these traits, of deference towards one's idol, like Pacquiao had for his hero Oscar De La Hoya, and unbounded self-confidence is eerily similar to what the Philippine pugilist had at the peak of his career.

Vijender and Pacquiao also came from very similar backgrounds. Vijender's father was a bus driver in Haryana, who used to work overtime to pay for his and his brother's education. Pacquiao, on the other hand, had to drop out of high school due to impoverishment. Both have had a difficult start to their lives, Pacquiao, more so.

Yet, in the ring, Vijender and Pacquiao are markedly different as boxers. Pacquiao is a little over 5 ft 5 in. He was stoutly built, was quick on his feet, and was packed with the aggression of a pit bull—which allowed him to take down opponents bigger than him.

Vijender, on the other hand, is someone who is more similar to Mayweather. The Indian's biggest forte is his long reach, and physical ability to withstand an assault from his opponents. Vijender is not the aggressor, he is the counter-puncher—similar to Mayweather, who was blamed by the critics, almost unfairly, for the disappointing bout against Pacquiao for his defensive strategy.

On Saturday, Vijender's opponent Kerry Hope, his toughest adversary so far, pulled Vijender out of his comfort zone. The Australian danced around the ring with his hands by his side, inviting Vijender to punch and, in turn, let down his defence. The Indian seemed a bit hesitant at the start, and, eventually, he managed to find the right amount of aggression in his game, without opening himself up too much. The bout was a test of Vijender's adaptability and stamina, being the longest fight he has been in his career, and the 30-year-old passed it with flying colours.

Unlike Pacquiao and Mayweather, Vijender had moved to professional boxing very late in his career—too late according to some. As one grows older, it becomes harder to unlearn things and start from the scratch. His long, and successful, stint in amateur boxing had taught him to deal with pressure in big matches. But that is nearly where the similarity between amateur boxing and professional boxing ends.

In amateur boxing, knockouts are accidental, and not an objective. In pro boxing, knockouts are the biggest objective. Here the fights are longer, hence slower. Opponents take the time to measure each other up, and each expenditure of energy is accounted for. Hence, it is more important to make each punch count. In amateur boxing, the objective is to hit as many punches as possible in the defined target area, in pro boxing, the objective is to hit as hard as possible, if and when you decide to do so.

Vijender has trained hard in the UK alongside his British trainer Lee Beard, who has previously worked with the likes of Mayweather Sr and former world champion Ricky Hatton. The biggest question mark on Vijender on Saturday was, will he last 10 rounds? But the Haryana-born pugilist has shown that his stamina has improved by leaps and bounds.

He is now more confident in using his left jab, both as a defensive weapon to keep himself of his opponent's reach and as an aggressive weapon. As an amateur, Vijender used to run around the ring after his opponents, he could afford to do that in those short bouts, but now he is more patient and has a better control over the distance between him and his opponents, and the match in general.

His run of six knockouts came to a halt against Hope, and it is only a sign of things to come for Vijender. Now ranked No. 15 in the world, the men he will face from here on will only improve every passing bout. He will also find out that it is easier to reach the peak than to stay on it. Vijender will now have to defend his WBO title within the next two months before he has a chance at challenging for the world title.

The next couple of months are important for Vijender Singh, important for this sport's future in a nation which does not even have a boxing federation for its amateur version at this point, and extremely important for a sport which is fighting a big battle to retain its popularity and is looking to explore newer markets—and what market would be bigger than India?

“Most people I spoke with on Saturday didn’t even understand what was going on. They were going crazy about every punch Vijender was throwing. I was talking to a few fans when the undercard was on and I was asking them, who do you think will win? They simply said ‘we don’t know, we are here for Vijender’, I was amazed. They love the man but they didn’t know what was happening,” Lee Beard chuckled as he said this in an interview to Hindu.

As long as Vijender Singh keeps winning, pro boxing will retain its popularity in this continent, much like Pacquiao used to.