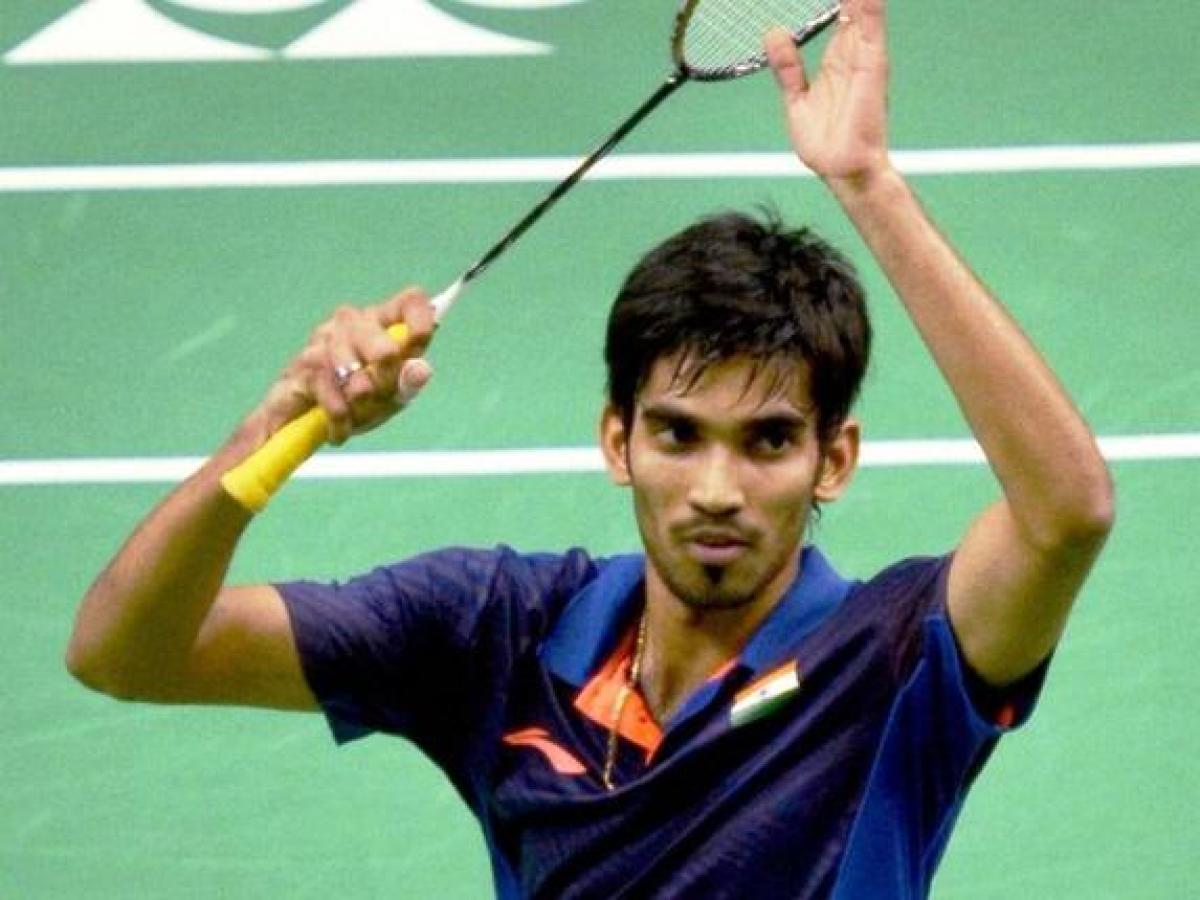 Rio Olympics quarterfinalist K Srikanth emerged as the lone survivor at the Japan Open after he reached the last eight stage of the men\'s singles competition at the Super Series event here today.

​TOKYO: Rio Olympics quarterfinalist K Srikanth emerged as the lone survivor at the Japan Open after he reached the last eight stage of the men's singles competition at the Super Series event here today.

However, it wasn't the sort of victory that Srikanth would have ever wished for as his match against compatriot Ajay Jayaram was stopped midway after the 28-year-old Mumbai-based shuttler injured his left ankle.

Jayaram retired following the end of the opening game, which went in favour of Srikanth 21-16.

"I injured by left ankle but it doesn't look serious so hopefully with proper rest for a few days, I should be ready for Korea Open," Jayaram told PTI.

The Eighth seeded Indian will next face Germany's Marc Zwiebler. Srikanth has a 2-1 record against the German, who defeated the Indian during the 2014 edition of the same tournament.

It was also not a good day in office for H S Prannoy as he went down fighting 16-21 19-21 against second seed Viktor Axelsen of Denmark in a 44-minute battle.