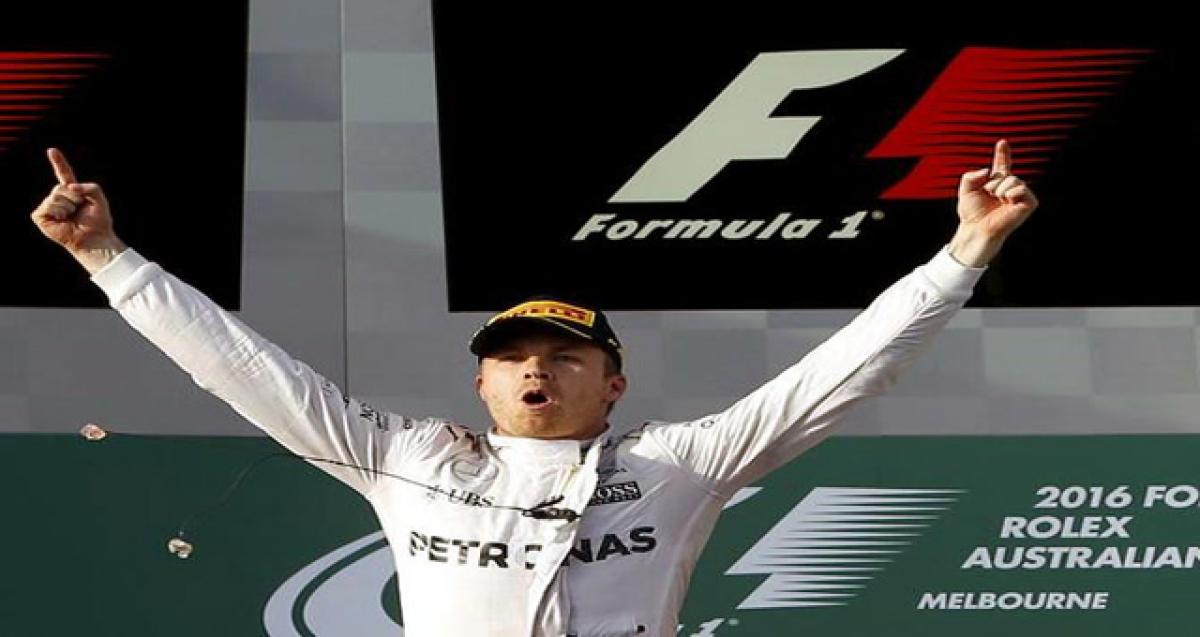 Rosberg\'s Mercedes teammate Lewis Hamilton won the race.The German, who had a 12 point lead over Hamilton going into the title-deciding race, won the championship by virtue of a podium finish in Abu Dhabi.

Abu Dhabi: Mercedes F1 GP's Nico Rosberg won his first Formula One Championship after finishing 2nd in the tight race at the Yas Marina Circuit in Abu Dhabi on Sunday.

Rosberg's Mercedes teammate Lewis Hamilton won the race.The German, who had a 12 point lead over Hamilton going into the title-deciding race, won the championship by virtue of a podium finish in Abu Dhabi.

Rosberg started the 21st and final race of 2016 12 points clear of Hamilton and despite the British reigning champion doing everything he could, Rosberg took second to clinch his first championship by five points.

He emulates his father Keke who won the title in 1982.After all the suspense and expectation, the race saw Hamilton chalking up his 10th win of the season, and fourth in a row, but powerless to do anything about the championship outcome despite making every effort.

His attempt to push Rosberg into the clutches of those behind him, by deliberately slowing the pace in the closing laps to the concern of team bosses, produced a nail-biting finish with the top four separated by just 1.6 seconds.

Rosberg, who had needed only to finish in the top three to be sure of the title, held position to become his country's third champion after Michael Schumacher and Sebastian Vettel.

The son of 1982 title-winner Keke Rosberg is also only the second son of a world champion, after Britain's Damon Hill, to take the crown.