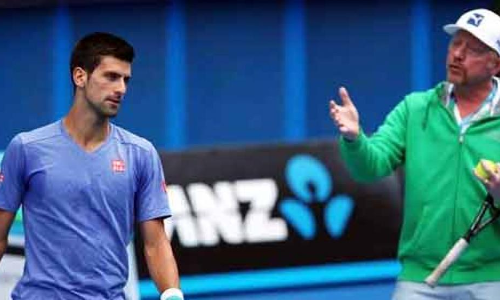 German tennis legend Boris Becker has not ruled out the possibility of returning to train World No.2 Serbian Novak Djokovic.

Melbourne: German tennis legend Boris Becker has not ruled out the possibility of returning to train World No.2 Serbian Novak Djokovic.

Becker and Djokovic split at the end of last year after almost three years together, but the German stressed that they are still in touch, reports Efe.

Asked about a possible return, the German said that he will always be a friend and in the Serbian's corner.

"We are on very good terms. I don't know, let's see what happens," Becker said on Thursday.

After the Serbian was knocked out in the second round of the Australian Open, Becker pointed out that Djokovic was not at his peak form.

The six-time major champion also noted before the Australian Open that Djokovic was not focused in the second half of last season.