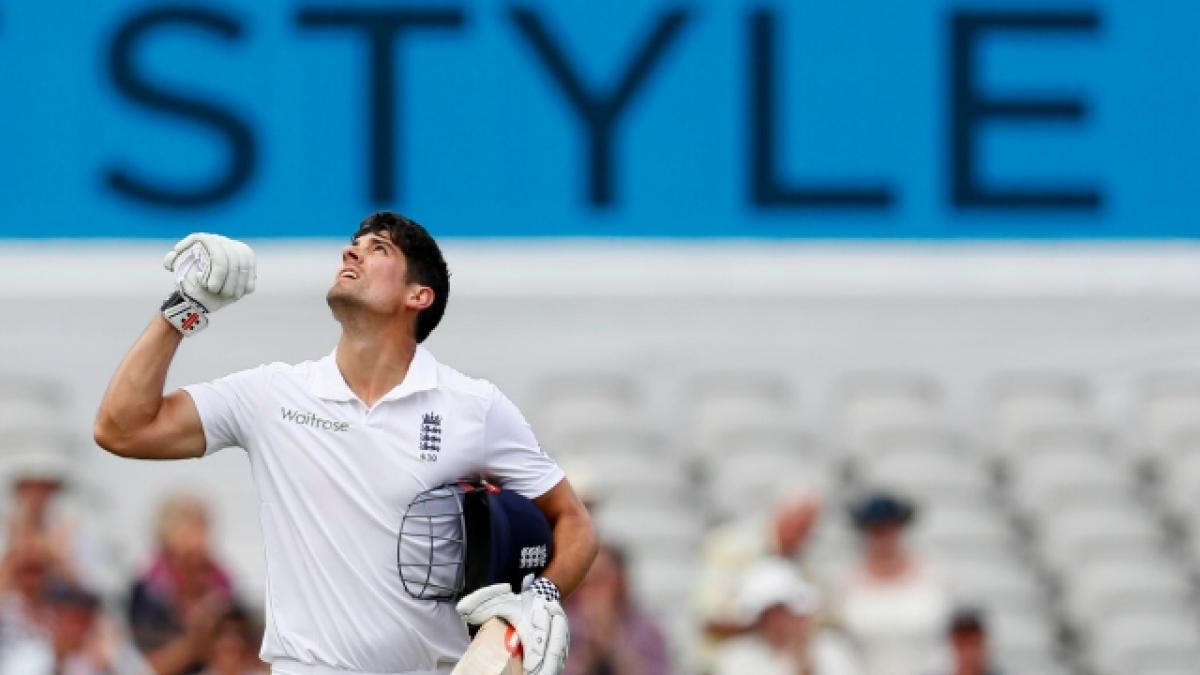 Alastair Cook was never the most innovative England cricket captain, his batting was designed to soothe rather than stir the blood and his personality was so cautious that it was little wonder he never featured when flashy sports awards were being handed out.

Alastair Cook was never the most innovative England cricket captain, his batting was designed to soothe rather than stir the blood and his personality was so cautious that it was little wonder he never featured when flashy sports awards were being handed out.

Yet after stepping down from the test captaincy after 4-1/2 years on Monday, there could still be no real argument about Cook, in his own quiet, undemonstrative fashion, having become one of the great achievers of modern English sport.

With the minimum of fuss and maximum solidity at a time when he had to deal with plenty of turmoil within the team, Cook moulded himself into an impressive, respected leader while still managing to remain a towering batsman, England's all-time top scorer in test annals.

Not that everyone in England perhaps quite recognised the magnitude of what he was achieving.

"Alastair Cook is the first Englishman to 10,000 Test runs — but most Poms haven't seen a single one," ran one headline in Australia's Daily Telegraph last year, referring to how his feats tended to remain under the radar since no live cricket is shown on free-to-air television in England.

The newspaper had a point. Cook's consistent excellence has often been under-appreciated compared to the box-office razzmatazz of others like Kevin Pietersen, a dazzling talent but one which cast a long shadow over the Essex man's reign.

Still, Cook leaves his job, able to look at a fairly remarkable resume that features 24 wins in a record 59 tests in charge, Ashes victories at home in 2013 and 2015 as well as series wins in India and South Africa.

There were jarring setbacks, of course, like the whitewash Ashes defeat in Australia and the 4-0 loss to India over the winter that eventually persuaded him his time was up as captain, yet overall it was hard not to agree with Monday's salute from predecessor Andrew Strauss.

"He's led the team with determination, conviction and a huge amount of pride and his record stands for itself," said Strauss, now director of England Cricket.

"He deserves to be seen as one of our country's great captains."

The latter assertion is up for debate. Cook's winning percentage of 40.67 at the helm is only the fourth best of the six captains to have led England in more than 40 tests, even though he oversaw an era featuring world-class players from Pietersen, Graeme Swann, James Anderson and Stuart Broad to Ben Stokes and Joe Root.

On a personal level, though, he maintained the highest standards, his superb temperament propelling him to become England's most prolific batsman -- and the 10th most prolific from any country -- with 11,057 runs in 140 tests.

After taking over as captain in 2012, perhaps his finest achievement were the three centuries he compiled in England's first test series win in India in 28 years, a feat that looks even more monumental in light of this winter's thrashing.
Now, still just 32 and freed from captaincy pressures, Cook could continue to do serious damage to that top-10 test list while also helping his obvious successor Joe Root ease into the role of captain.

It would be no surprise to see Cook go past Ricky Ponting, currently second on the list with 13,378 runs, even if Sachin Tendulkar's world record mark of 15,921 looks insurmountable.

One suspects Root, a rare and brilliant talent, could bring a daring approach to the job that was beyond Cook.

Yet now that he can sit back and reflect on a job well done, Cook, England's 'Captain Sensible', should content himself that he led with dignity, toughness, gentlemanly spirit -- and lots and lots of runs.