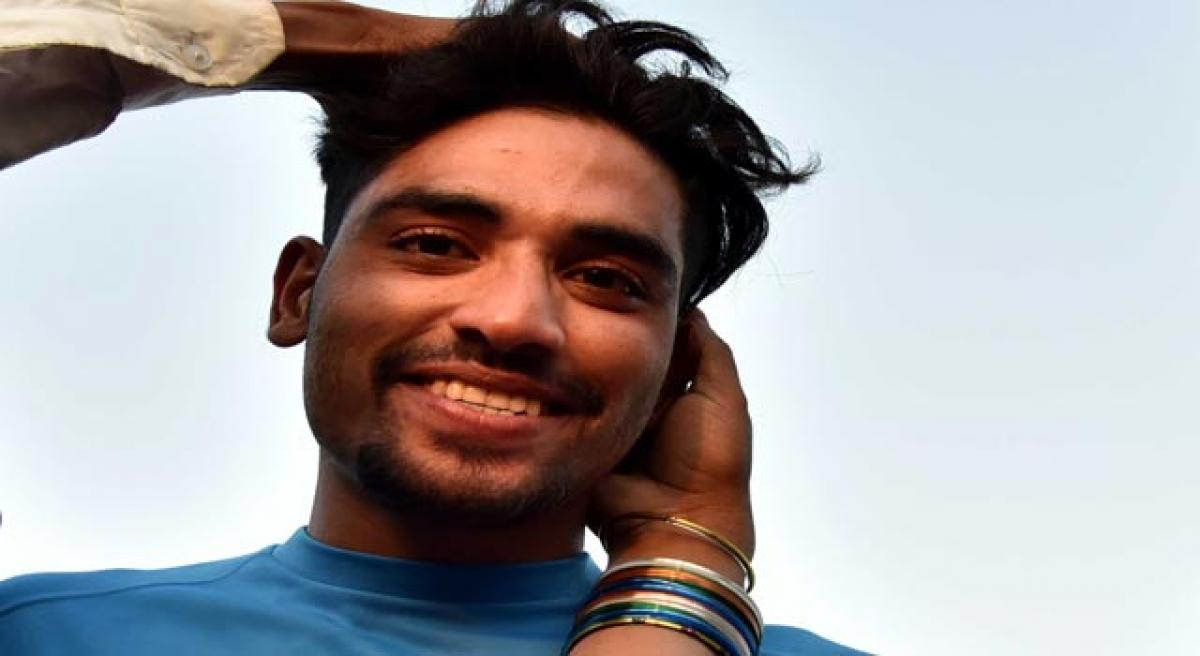 A frenzied atmosphere prevailed in a small house at a lane abutting Banjara Hills. It has been nothing short of Eid celebration as the household of Mohammed Ghouse erupted in frenzy when the IPL players’ auction was underway in the Garden City.

Hyderabad: A frenzied atmosphere prevailed in a small house at a lane abutting Banjara Hills. It has been nothing short of Eid celebration as the household of Mohammed Ghouse erupted in frenzy when the IPL players’ auction was underway in the Garden City. They had every reason to celebrate as Mohammed Siraj, the 22-year-old son of Ghouse, hit the national headlines.

The tear-away pacer from the city went into the auction with a base price of Rs 20 lakh. At the end of the day, he was bought for a phenomenal Rs 2.60 crore that translates to 13 times over and above his base price! Those couple of hours, wherein Sunrisers Hyderabad (SRH) outsmarted an intense bidding by Royal Challengers Bangalore (RCB), will mark watershed moments in his blossoming career.

What makes it more poignant is that Ghouse has been making ends meet while driving an auto-rickshaw for close to three decades. “This has been on the back of my mind for quite some years. After I made my Ranji debut against Services in 2015-16 and subsequently made it to the Irani Trophy and began earning reasonably good money, I urged my dad to stop driving.

However, he has remained oblivious. In fact, he is rather adamant,” recalls the youngster, who now will rub shoulders with the likes of Bhuvneshwar Kumar, Ashish Nehra and Mustafizur Rahman, who are part of SRH. “My father never let financial worries to disturb our ambition. Bowling spikes cost a lot but he would ensure the best of quality. My parents have seen hard days. My elder brother is a software engineer. Things are looking up now.”

Siraj, incidentally, began his career as a batsman, who could also bowl with a tennis ball. He came of age as a full-fledged bowler in the 2016-17 Ranji season when he served notice about his abilities while becoming the third highest wicket-taker. He scalped 41 wickets, which is pretty astounding, considering that Hyderabad has not had a particularly pleasant or long outing.

Meanwhile, the rags to riches story that Siraj exemplifies has another addition in the ensuing IPL season in the form of Chennai-based Thangarasu Natarajan, who has been purchased by Kings XI Punjab. ‘I am happy that my performances have caught the eye of the people who matter. It does make one contended that recognition and rewards are gradually coming my way.

More than anything else, I hope to persuade my dad to take a break and live a retired life. Hopefully, I will now be in a position to buy a house for the family,’ says the youngster. One is sure that he will enjoy a massive home support when defending champions Sunrisers Hyderabad host last edition runner-up Royal Challengers Bangalore in the season opener at Rajiv Gandhi International Cricket Stadium on April 5. Indeed, he is the only current Hyderabad Ranji player, who will feature in the cricketing extravaganza, which makes it doubly delightful.