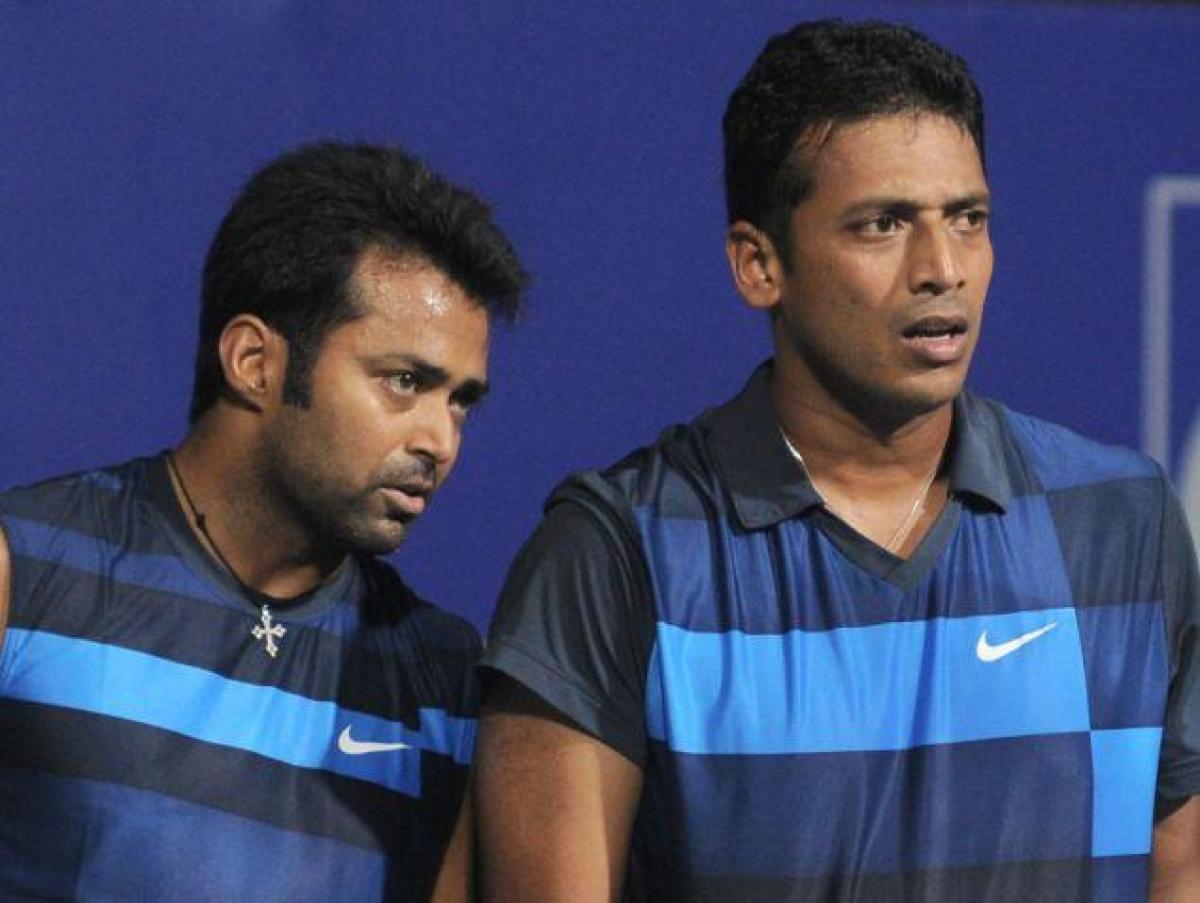 Veteran Leander Paes was today dropped from the Indian team for the Asia/Oceania Davis Cup tie against Uzbekistan to be held here from April 7 to 9.

Veteran Leander Paes was today dropped from the Indian team for the Asia/Oceania Davis Cup tie against Uzbekistan to be held here from April 7 to 9.

India's non-playing captain Mahesh Bhupathi instead selected Rohan Bopanna to pair with Sriram Balaji in the second round Davis Cup tie in Group 1 of the Asia/Oceania zone to be played at the KSLTA.

Bopanna and Balaji will feature in the doubles match against Farrukh Dustov and Sanjar Fayziev. Bopanna is ranked 23rd in the world -- 34 spots above Paes.

Ramanathan will face Temur Ismailov in the first singles rubber tomorrow. Prajnesh Gunneswaran, who replaced the injured Bhambri, will then take on Fayziev in the second singles rubber.

In the reverse singles on Sunday, Ramanathan will face Fayziev and Gunneswaran will play the final rubber against Ismai.

Paes, who made ghis Davis Cup debut against Japan in 1990 at Jaipur, has been dropped from the Davis Cup team on form for the first time in 27 years.

Paes is also in the cusp of creating a Davis Cup history.

Paes is currently locked at 42 with Italian legend Nico Pietrangeli and is one win away from the record for most doubles wins in Davis Cup history.