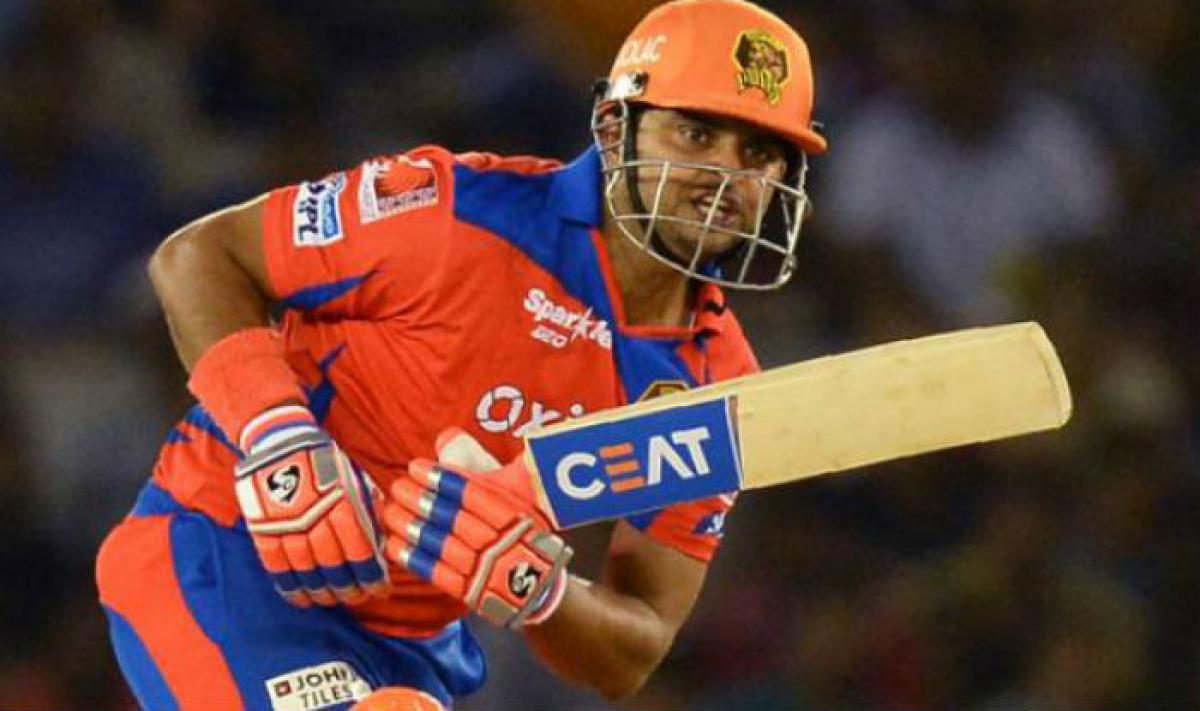 Dwyane Smith (37), Dinesh Karthik (30) and Jason Roy (31) were the major contributors to the Gujarat cause.

Put in to bat, Gujarat openers Roy (31) and Brendon McCullum (5) gave a steady start as both batsmen scored 35 runs in five overs.

But soon, change in bowling did the trick for the hosts, as McCullum, who was struggling at the crease, was trapped leg before wicket by leggie Rashid Khan.

Rashid bowled a googly, which McCullum tried to sweep but missed the ball completely and the ball went on to hit his pads.

In the next over, Roy, who slammed five boundaries in his 21-ball knock, was the next batsmen to go back to the pavilion.

Medium pacer Bhuvneshwar Kumar sent packing in-form Roy to give the hosts a crucial wicket. He was caught by Shikhar Dhawan at the midwicket.

Skipper Suresh Raina (5) Aaron Finch (3) also failed to step up to the occasion as both were adjudged leg before wicket off Rashid in back to back overs.

With Gujarat tottering at 57/4 in nine overs, wicketkeeper-batsman Dinesh Karthik (30) and Dwyane Smith (37) played the sensible innings by rotating the strike and punishing the bad balls.

Karthik and Smith built 56-run partnership for the fifth wicket to steady the fort before Smith ran out of patience and decided to take on Bhuvneshwar. The seamer bowled a slower delivery and the West Indian failed to pick it. As a result, he was caught at the deep mid-wicket by Vijay Shankar.

With half of their side back to the pavilion, now all eyes were on Karthik, who was playing brilliantly at the middle. But Nehra broke Gujarat's hopes as he dismissed Karthik soon after Smith.

Nehra delivered a short ball and Karthik went across the stumps to try a scoop shot but failed. He got a nick which was comfortably taken by wicketkeeper Naman Ojha.

Dhawal Kulkarni (1) was run out by Rashid in the same over.

With two overs remaining and Gujarat reeling at 117/7, the lower-order only managed to add 18 runs. Basil Thampi scored 13 runs and Gujarat Lions totalled 135/7 in their allotted 20 overs.