Our focus is on how best we can combat Virat Kohli: Kane Williamson 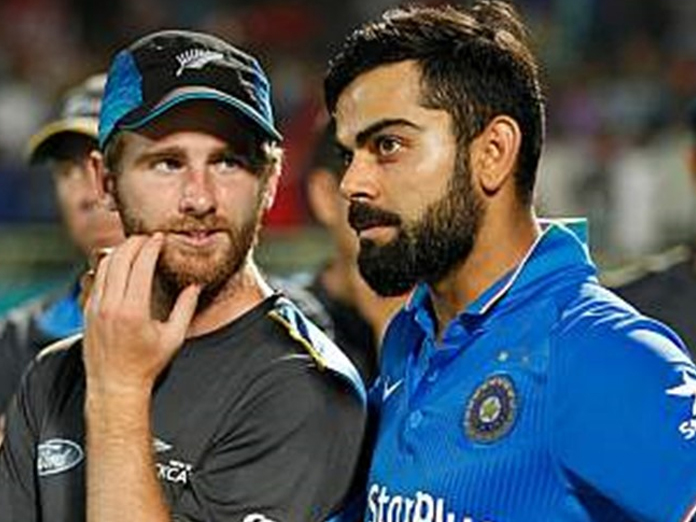 Expressing his admiration for Virat Kohli, New Zealand captain Kane Williamson Tuesday said that they will be primarily focussed on how to best combat his Indian counterpart in the limited overs series, starting here Wednesday

Napier: Expressing his admiration for Virat Kohli, New Zealand captain Kane Williamson Tuesday said that they will be primarily focussed on how to "best combat" his Indian counterpart in the limited overs series, starting here Wednesday.

Returning the compliment, the Indian run-machine also lauded the prolific Williamson, calling him one of the best in the world.

Williamson said, "Someone like Virat is certainly a player I admire and enjoy watching and he's pushing the boundaries of the game so that's brilliant," said Williamson on the eve of first ODI of the five-match series.

He said Kohli was a passionate and world class cricketer.

"He's a respectful guy and I've known him for a very long time but as a player, obviously, word class and our focus is more about that and his cricketing ability and how we can combat him as best as we can," Williamson said.

Williamson felt that the passion with which Kohli approaches his cricket has made him a crowd puller around the world.

"He's always a challenge to come up against and is someone who is most admired in terms of how he goes about his cricket and he's formidable in his run scoring so he's definitely a player of note to try to shut down."

Kohli, too, was not far behind when it came to acknowledging Williamson's achievements.

"He is always going to be a solid player for NZ purely because of what all he has done over the years in all three formats."

Kohli picked Williamson and Ross Taylor as batsmen his team would look to dismiss cheaply.

"He more or less makes the team win when he is scoring runs, so that tells you about his awareness about the game and hence he is leading the side and guiding it in the right direction. So Kane will be a factor but at the same time Rosco (Taylor) and other guys as well.

"You can't take anyone for granted and their batting revolves around Kane and Ross in ODIs especially, the other guys bat around them and we are aware of that and working on our plans," Kohli said.

Williamson believed the pitch at McLean Park could aid batsmen.

"...So it's important the batting group puts together a plan that is good but, at the same time, the bowlers have a massive role in that in trying to nullify the strengths in both oppositions,” he added.