Kom on doping: Some coaches lead their wards the wrong way 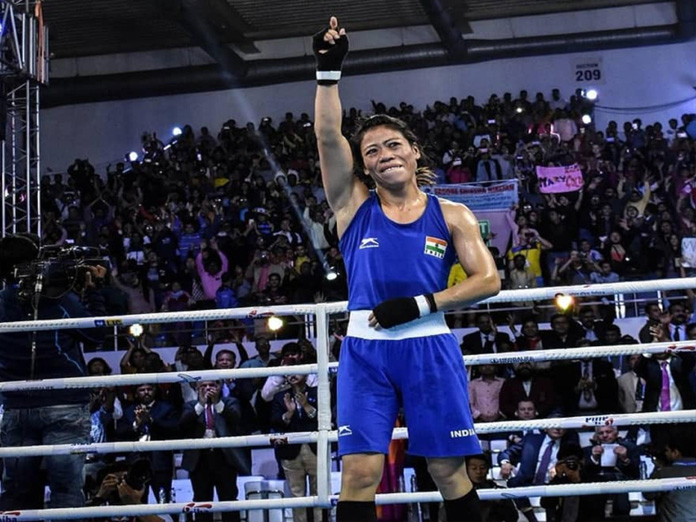 Celebrated Indian boxer M C Mary Kom on Thursday said some coaches are to be blamed for the everprevalent doping menace in the country as they lead the athletes the wrong way The 2012 Olympic bronzemedallist and sixtime world champion advocated bringing coaches into the ambit of antidoping awareness training imparted by the national watchdog, the NADA

​New Delhi: Celebrated Indian boxer M C Mary Kom on Thursday said some coaches are to be blamed for the ever-prevalent doping menace in the country as they lead the athletes the “wrong way”. The 2012 Olympic bronze-medallist and six-time world champion advocated bringing coaches into the ambit of anti-doping awareness training imparted by the national watchdog, the NADA.

“We need to teach the coaches also. They will also have to be made aware, given training about the prohibited substances,” the 36-year-old six-time world champion said at the closing ceremony of the National Conference on Anti-Doping.

“Unfortunately, some coaches take their wards the wrong way. They take them to a different way,” she said in the presence of sports minister Rajyavardhan Singh Rathore.

Coaches being hand-in-gloves with athletes in usage of banned substances to win medals and later financial rewards from the government is well known in Indian sports but few have aired their views in public. “Some athletes want everything immediately. They do not want to toil to achieve success and so they use these banned drugs,” she said.

“I am proud that I am a clean athlete throughout my career. This is because NADA people are after me all the time,” she quipped. The Manipuri, however, said that she remains alert all the time and takes even routine medicines after consultation with her doctor.

“I ask my doctor whenever I have to take medicine for normal illness also. For even cold and viral fever, I ask my doctor because there may be components in these medicines which may be in the list of banned substances and they will enter my system.

“My honour is most paramount and I have never ever thought of using drugs to perform better. That is why I have to be cautious and careful,” said the mother-of-three who is also a Rajya Sabha MP.

“When some Indian athletes are caught for doping in international events, it affects every athlete of the country. The whole country is embarrassed.” Rathore, on his part, said an athlete would not learn or achieve anything by winning a medal through doping.

“You can learn by losing and it is better to lose and learn something out of that instead of winning a medal though unfair means (doping). When you win a medal and know that you did by doping, you will not be able to stand in front of the mirror and see yourself,” said the 2004 Olympics silver medallist shooter.