No cakewalk in All England even without Marin 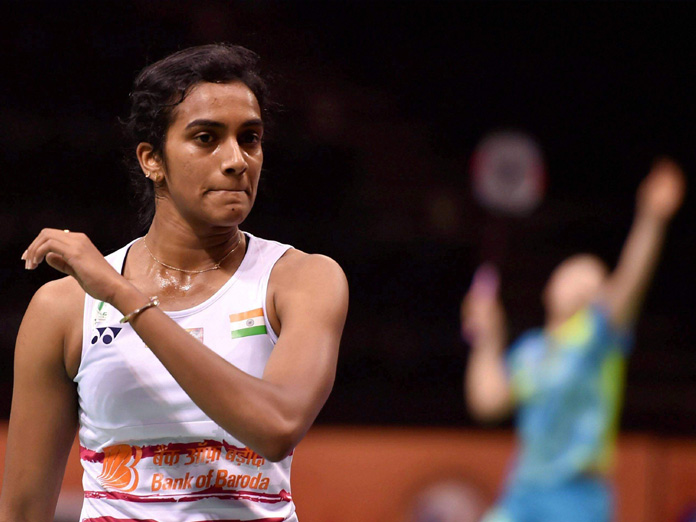 Star Indian shuttler P V Sindhu on Thursday said it wont be an easy outing for her at the upcoming All England championship even in the expected absence of injured reigning Olympic Champion, Carolina Marin

​Mumbai: Star Indian shuttler P V Sindhu on Thursday said it won’t be an easy outing for her at the upcoming All England championship even in the expected absence of injured reigning Olympic Champion, Carolina Marin.

The All England Championship is to be held from March 6 and Rio Olympics silver medallist Sindhu feels she would have to give her 100 per cent there in order to win the women's singles title. “We have the nationals and then we have the All England Championships. It (All England) is one of the biggest tournaments and I hope I give my best, play well and I know it is not going to be easy.

I think we have to be at our 100 per cent,” said Sindhu here after being named as the brand ambassador of life insurance company PNB Metlife. “After that we have couple of Super Series and then we start with our Olympic qualifications this year, where we will have to keep ourselves fit and healthy,” Sindhu told reporters.

Coach Vimal Kumar had remarked that with Spaniard Carolina out, it was a good chance for Sindhu and another top Indian woman shuttler Saina Nehwal at the All England Championship. But Sidhu begged to differ saying there would be other top players in the fray. “She (Marin) had a knee surgery. Definitely a sad moment, but injuries are part of life. Definitely she will comeback stronger. I hope for a speedy recovery (for Marin).”

“I just can’t say it is a good chance. Definitely it is not going to be easy. Because as I said the top 10 to 15 players are of the same standard. If one just goes off (not competing), you cannot think that it's going to be an easy draw or it's going to be a cakewalk. No!

“Every match is equally tough because every player has a different style of play. Now the Chinese are doing really well - Chen Yufei, H E Bingjiao, and from Korea Sung Ji Hyun, and Ratchanok Intanon (from Thailand) are doing well. So there are a couple of players from every country who are doing really well,” she explained.

Marin, reigning World Champion, will be out of action for at least six months after she suffered a leg injury in the Indonesia Masters final against Saina and had to undergo surgery. Meanwhile, Sindhu is aiming to win some more Super Series titles.

“Definitely, want to win some of the Super Series, keep myself fit and healthy and prepare well. Nothing specific,” she responded to a query about her plans for 2019. Sindhu ended 2018 on a high after winning the World Tour Finals.

“I am very happy 2018 has ended on a very good note. But 2018 is over, now it is 2019. It is a fresh year, new year and new resolutions, and I hope that I will just give my best and just play my game, improve a lot more. I am quite confident but I shouldn't be over-confident in that way, thinking that I can win against anybody, as I said.

“I think on that particular day, whoever plays well and gives their best is the winner. I feel the top 1 to 10 players are of same standard in the world. Each point is very important. You just can’t think that this opponent is easy, can just play lightly at the start and then catch up,” she noted.