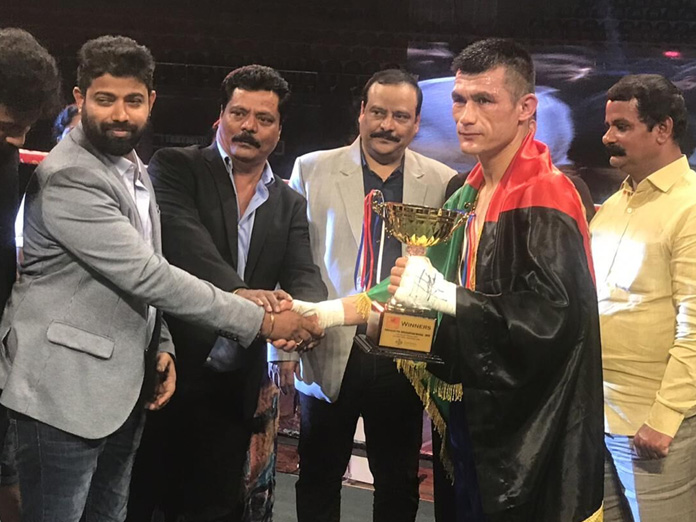 Both fighters fought tooth and nail in a bout that took over 40 minutes to decide the winner. This fight was by far the highlight of the day. With no clear winner emerging, the fight was extended by two more rounds.

The Indian boxer gave the opponent a run for his money before going down. In the other fights, Gurpreet Singh provided the sucker punch to knock out his opponent Ricardo Hiraman from South Africa.

The fight between women boxers Ramandeep Kaur and Anita Maurya was also a tough one. But Kaur displayed good skills to emerge victorious. Around 14 male boxers and four female boxers are vying for the top honours. The boxers from Kazakhstan, Afghanistan, Armania, Kenya, Thailand, Iran and India will showcase their prowess.

The league is being hosted in the city for the first time ever. For that matter, it is first-of-its-kind in the entire south India. The Telangana Boxing Council under the guidance of Indian Boxing Council is conducting the prestigoius tournament, a press release said.

The motto of the event is to promote pro boxing among youth and encourage them to take up the sport. With this league, the TBC and IBC aim to set up a platform for interested youth to pursue their dream. The motto of the tournament is also to create awareness about the game in the society.