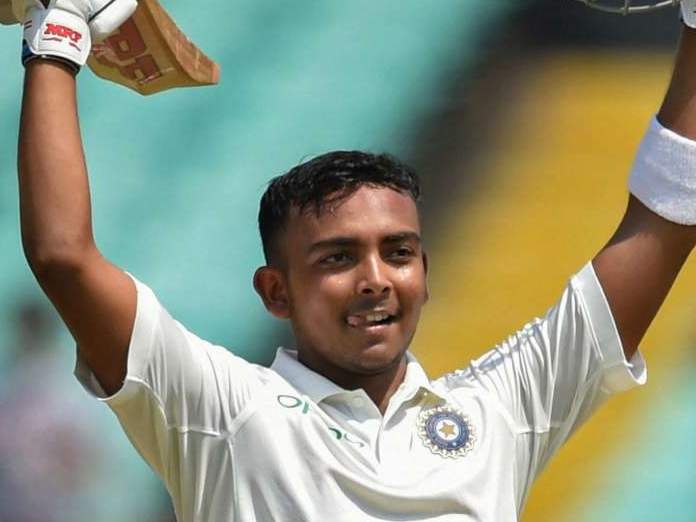 New Delhi:India's teenage batting marvel Prithvi Shaw has returned to training after recovering from the ankle injury that cruelly ruled him out of their historic Test series triumph in Australia.

The 19-year-old, often compared to the legendary Sachin Tendulkar, has been batting in the nets at the National Cricket Academy in Bangalore ahead of India's Mushtaq Ali domestic Twenty20 tournament.

The Mumbai batsman scored a sparkling century on his Test debut against the West Indies in October, but he then missed India's first Test series win in Australia after injuring himself in a warm-up match.

"I felt sad as it was a good opportunity for me to play the quality Australian bowling line-up. I was a bit upset," Shaw said, according to the Indian Express.

"But some things aren't in your hands. Now I am looking forward to the Mushtaq Ali tournament to find my touch and gain my confidence back," the diminutive opener added.

Shaw landed awkwardly while attempting a catch during a warm-up game in Sydney, and left the tour to undergo rehabilitation. India won the four-match series 2-1.

Shaw, who has played just two Tests, became the youngest Indian batsman to score a century on debut when he hit 134 in the Rajkot Test at the age of 18 years, 10 months and 25 days.

Only Tendulkar, who went on to compile a record 51 Test centuries, has scored a ton at a younger age among Indian players after making 119 not out in his ninth Test aged 17.

Shaw also made 70 and 33 not out in the second Test against the West Indies and was named man of the series, which the hosts swept 2-0.